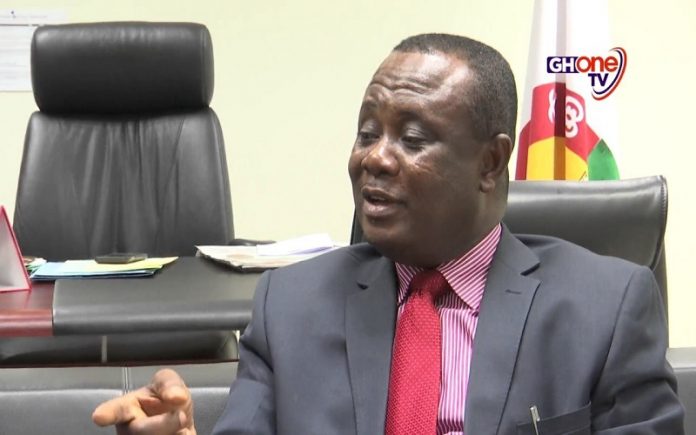 The seemingly compromised security in the precincts of the Parliament of Ghana is largely attributed to the doings of Members of the legislature themselves, First Deputy Speaker, Hon. Joseph Osei Owusu has revealed.

According to him, all the security arrangements put in place by the leadership of the House to ensure the safety of Members have never worked to perfection as a result of breaches by the very people such measures are supposed to protect.

He said it was about time Members took security measures in the legislative house seriously in order not to put their lives in danger.

“Everybody who enters (JOB 600) was aided by one MP or another. If we breach the rules; if we quarrel with security men who prevent visitors we have not approved, how will the security men be able to assist us? I endure that often but you trace and the person entered in the name of some other MP, goes to see that MP and then follows up to my place. All of them who come here – they check with us. If we don’t give clearance, they don’t come it. So, the first security is we ourselves. Everyplace that has been designated for MPs only, we insist non-MPs to use. We use our cards for our assistants to enter the tunnels they preserve for MPs only, the lifts that are for MPs only – we enter with our visitors first and others look at them. So while asking the security people to do or leadership to do that, we must assist them by abiding the rules we have made by ourselves”, he said.

Hon. Osei Owusu made this observation following an appeal made to his office by some Members to tighten security in the House after a suicide attempt was recorded in the chamber on Thursday, June 13, 2019, just when the House had adjourned sitting.
On the floor of the House, Friday, several MPs lamented over the harm they are exposed to in the discharge of their duties.

“I was in my office working on some letters and two gentlemen entered my office. And when I asked them how they got access to my office, they couldn’t explain. Mr. Speaker, these are very challenging times and need to be much more resolute in asking that our safety be prioritized. And I want to call on leadership to take our security concerns very seriously. It is not sufficient to swipe a card to enter Job 600. We want all the precincts of Parliament to be equally secured”, Clement Apaak, NDC MP for Builsa South appealed.

His call was corroborated by the NDC MP for Kumbungu, Ras Mubarak.

However, the stance of the Speaker was heavily supported by the second deputy Majority Whip and NPP MP for Kpandai, Matthew Nyindam, who told the House that Members have been compromising all the security arrangements leadership has put in place to ensure their own safety.

He said for the security systems in Parliament to work effectively, Members must play a key role by adhering to all the arrangements put in place to ensure their own safety.

“We’ve tried to appeal to members at several caucus meetings that job 600 car park cannot contain all the 275 Members. We have appealed to members that if you don’t have a driver, driving in and saying you want to enter your office and come, it is not possible. Where are you going to park? But we’ve all realized that most members unfortunately, will go and abandon their cars, you cannot even find them and the whole place become so bad that controlling members becomes a problem. So, we tried to adopt this technology such that if you don’t have the card, you will not be able to access the place. The issue is that leadership who have car parks there should use the place. If you don’t have the card you cannot have access to the place. Will place this before Members at a joint caucus meeting. It was also earlier agreed in one of our joint caucus meetings that no visitor should be allowed to sit at the public gallery – that all visitors should go to Job 600 and register and wait for their MPs and meet them. We’ve all agreed that the coffee shop is just for MPs and that we should not allow visitors access to the coffee shop but at the normal trend we are all MPs and we don’t want to offend anybody but when you go there you see MPs eating and chatting with friends. So it is not that leadership don’t care about the security of MPs but sometimes we are disabled by all of us our conduct. So, we must learn to respect certain basic rules that we have put in place”, he explained.