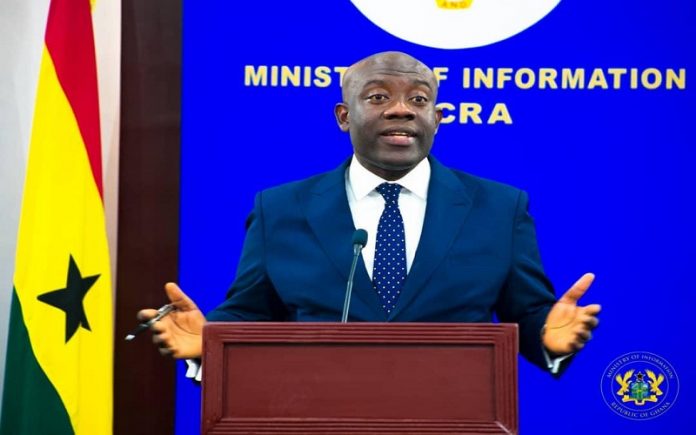 Government has responded to the apprehension of security threat in the country saying Ghana still remains safe, while assuring that the security apparatus continues to be vigilant to tackle major security threat within the jurisdiction.

This comes in the wake of the recent travel advisories about Ghana and the Intelligence reports on Ghana’s security situation.

In a statement released by Government and signed by Information Minister, Kojo Oppong Nkrumah said a meeting held by National Security Officials at the Jubilee House on Monday, June, 10, 2019 reveals ” there is no actionable intelligence nor imminent threat to Ghana.”

The statement added:”Ghana’s safety and risk profiles remain highly unchanged despite recent events in the sub-region.”

Meanwhile, the Deputy Head of Missions with the Africa Union in Liberia, Prosper Nii Nortey Addo, is warning Ghana not to underestimate the recent spate of kidnapping of foreigners in the country.

In the past three months, the Ashanti region has recorded three of such incidents, the first involving an Indian who was kidnapped at Ahojwo in Kumasi and the latest, two Canadian ladies who were kidnapped around the Royal Gulf Park in Kumasi.

The Indian managed to fight his way out of captivity while the two Canadians who were volunteers for a Nongovernmental Organisation Youth Challenge International, are yet to be found.

Speaking on the Ultimate Breakfast Show, Mr  Addo, who has expertise in security matters indicated that the emerging trend points to people looking for high end victims with cash to fund terror and other criminal activities.

“…these kidnappings happen as a result of some criminals wanting money in ransoms and when they kidnap, they look for people whom they can get high value from, and so they target the internationals and celebrities,” he told host Julius Caesar Anadem.

He added: “Also with the issue of terrorism, they also do it, because this is also another way of funding their networks and they use the ransom to live profligate lifestyles and fund their activities.

The police have launched investigations into the kidnappings and are requesting information from the public to support the Service to trace the whereabouts of the victims and the perpetrators.

Below is Gov’t full Press Statement 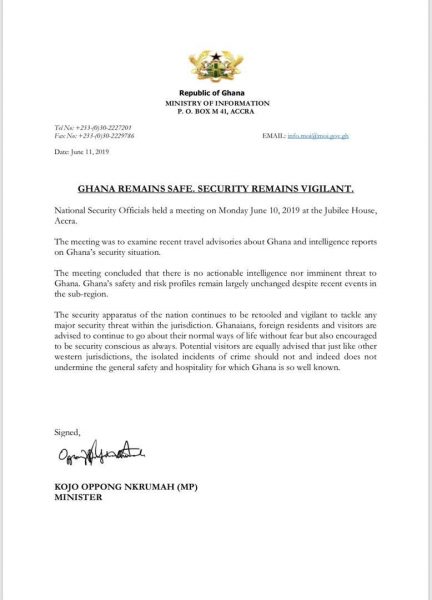