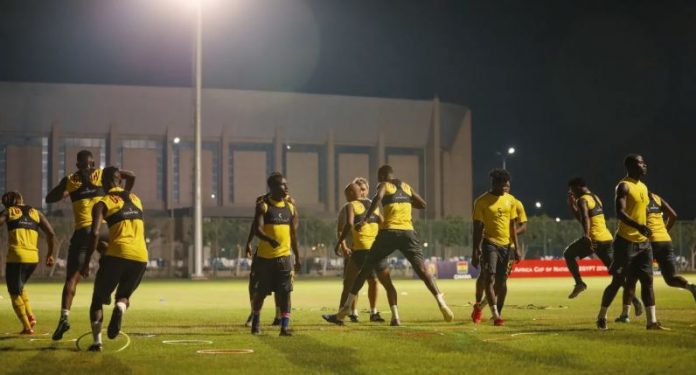 On Saturday, Cameroon and Ghana duel in a repeat of the 2017 Total Africa Cup of Nations semi-final, the momentum is building up finely for the epic West African confrontation. The long awaited duel is set for the Ismailia Stadium as Group F enters Day Two.

In Yaoundé, just as it is in Accra, the duel is eagerly awaited by the supporters of both nations.

Cameroon who started with victory over Guinea Bissau have already put themselves at an advantageous position to qualify for the round of 16 on Saturday, but Ghana who drew with benin will try to get their feet back on the ground.

Their only option against the Indomitable Lions will be victory.

James Kwesi Appiah can always count on a staff with spectacular individual qualities.

Renowned for their consistency in the competition, the Ghanaian have qualified for every quarter final phase of the competition since 2008. Ranked 48th as per the FIFA rankings released in April, Ghana had some torrid build up to this year’s AFCON.

But, Appiah says that the situation is now behind them and they are focused on the tough task against the Indomitable Lions.

The biggest question on everybody’s lips if whether there will be chances of Asamoah Gyan being involved in the tie after watching Benin draw from the bench. The question remains to be solved.

The Cameroonians who are the tournament’s defending champions will come into this tough duel as favorites but, they can always count on their tough and dependable defense especially with the return of Collins Fai from suspension.

The matches between Cameroon and Ghana are generally hotly contested in the Africa Cup of Nations finals.

The most recent was the semi-final in Gabon in 2017 with Cameron going top courtesy of goals from Michael Ngadeu and Christian Bossogog.