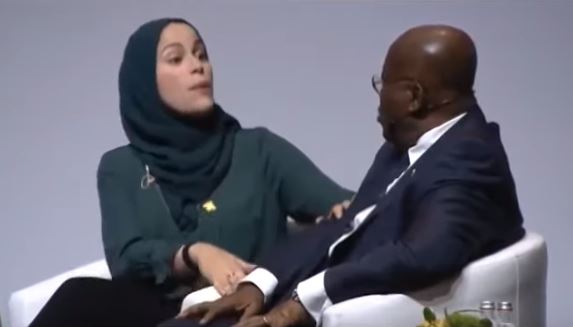 Chairman of the Peoples National Convention(PNC) Bernard Mornah has expressed outrage at the manner in which President Akufo Addo was lowered during the recent Women Deliver conference in Canada.

He criticized the actions of one of the female penalist Dr. Alamu Rabit the UN’s High Commissioner on Health, Employment and Economic Growth who at the said conference kept interrupting the President Akufo Addo spontaneously.

Speaking to Starr News, Chairman Bernard Mornah stated that the manner in which President Akuf Addo was treated was unacceptable and must be a concern for worry.

“The manner in which our President was lowered should be something that we should all be worried about. For some activist to tell the President that he doesn’t know his subject area for which reason they need to invite our President for dinner in order to school him in that area is inappropriate and unfair to the President.”

President Akufo Addo who’s the AU Gender Champion has come under a barrage of criticisms after stating that at the conference that there has been inadequate dynamism activism on the women’s front to occupy position of power.

Many gender activists and groups have criticized the President with the opposition NDC women wing asking him to render an unqualified apology to Ghanaian women for belittling their effort.