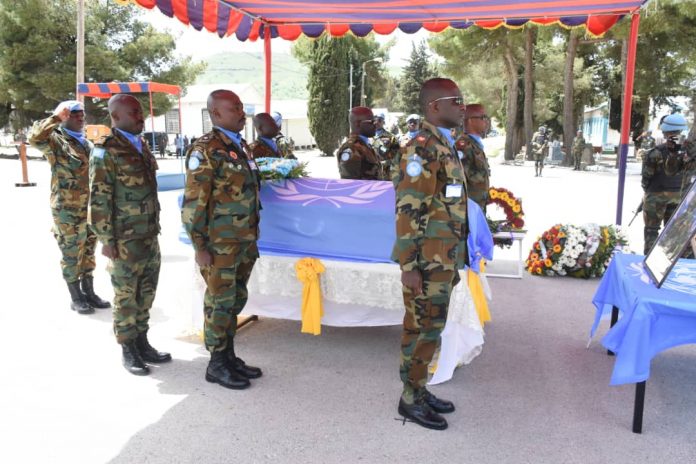 The late Major-General Francis Vib-Sanziri, Head of Mission and Force Commander of the United Nations Disengagement Observer Force (UNDOF), in Israel will be laid to rest today.

The Military High Command and other security agencies as well as key government officials are expected to converge on the St. Catherine Catholic Church at Burma Camp in Accra for fumeral proceedings and interment.

Major General Vib-Sanziri was appointed by the United Nations Secretary-General, Antonio Guterres in October 2017 to head the Multi-National Force.

He was the former Director-General of the National Disaster Management Organization (NADMO) from 2015 to 2017.

Amissah Arthur to be buried July, 27