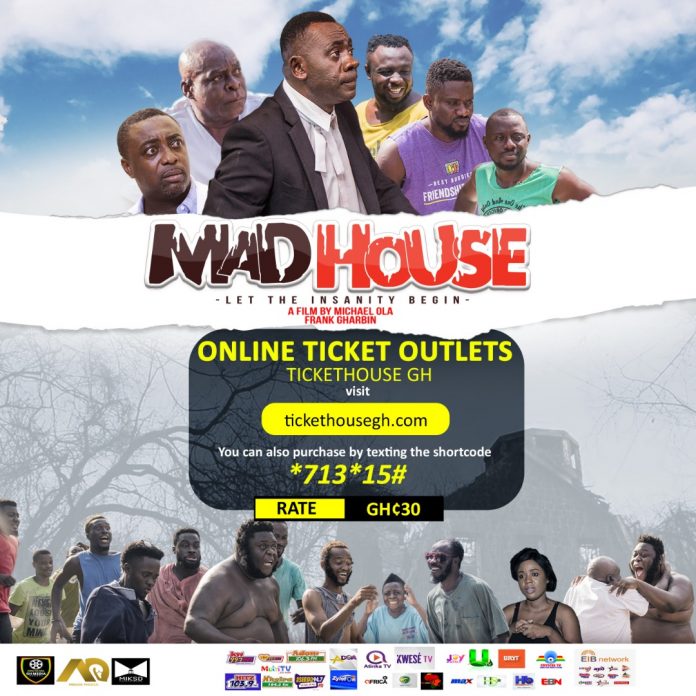 The issue of mental health has been given very little attention in Ghana.

There is little support for mental health facilities and the Accra Psychiatric hospital is no exception.

There are many people, especially celebrities and people in the professional environment, going through some serious mental health issues, but they are uncomfortable to talk about it. This is because of the stigmatization surrounding the issue.

The aim is to help demystify the stigma surrounding the issue of mental health, by treating the serious issue comically.

The cast is an array of both the Twi speaking and English actors. Kwasi Boadi (Akrobeto) plays the role of a hard-working lawyer who engages in substance abuse to help his successful career.

Bismark Nii Odoi, (Bismark the Joke) and Richmond Amoako (lawyer Nti) are both students of the university, who through no faults of theirs, got entangled in the war of love of two ladies and ended up in the psychiatric hospital. 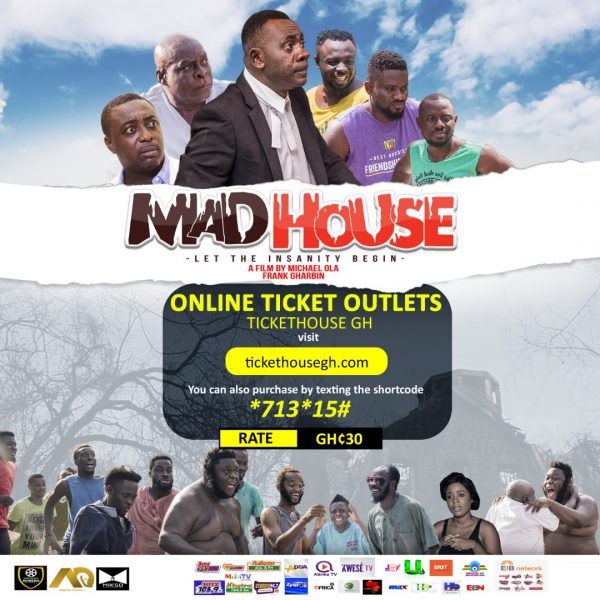 The first show will commence at 7pm and second show will be at 9pm.

The showing continues on the 22nd of June at the Watch and Dine cinema in Kumasi and 23rd June at the new theatre at the Koforidua Center for National theatre.

The movie is produced by MKON multimedia AND Listowell productions and directed by Michael Kwaku Ola and Frank FiifiGharbin.

MadHouseis full of comedy, suspense and education. You can’t afford to miss this.

Akrobeto, Beverly Afaglo, others get ready for ‘Man in the Dark’ on Feb. 14

Stop referring to me as Adjorlolo’s ex – Victoria Lebene