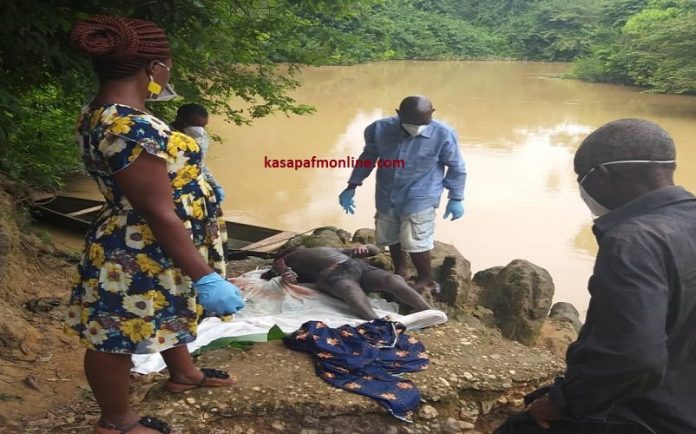 Body of a man suspected to be an illegal Miner has been retrieved from the Akyem Kade stretch of the Birim River in the Eastern Region.

The deceased- Samuel Adu Parko believed to be 30 years reportedly drowned Saturday, June 8, 2019 but the body was retrieved Monday. June 10, 2019 after an incessant search by local divers under the supervision of personnel from Police and National Disaster Management Organization(NADMO).

It was observed the deceased was bleeding.

The body has been deposited at the Morgue for preservation and autopsy.

A resident claimed the deceased was part of illegal miners operating on the Birim river.

He lamented that illegal mining has resurfaced strongly in the area polluting the Birim River with impunity.

Incidents of drowning are very common in mining communities in Ghana as hundreds of illegal miners, children, women, and farmers have been drowning in abandoned mining pits filled with water.