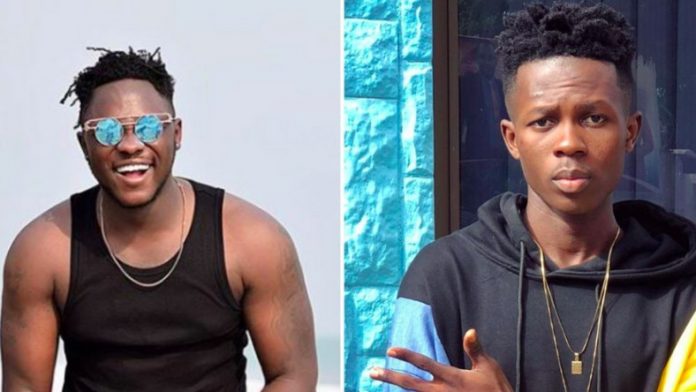 When music enthusiasts thought the beefing season was over then unexpectedly two rappers took over the dancehall fraternity.

Over the weekend former Sarkcess signee, Strongman and AMG’s Medikal took turns in throwing jabs at each other all in the bid to establish and claim their supremacy as the best rapper with the best punches in the game.

With each one involving each other’s family, educational background and source of their incomes.

Some industry people believe their beef could get even dirtier than the Shatta-Stone one, while others are of the view that the rap industry is sustained and made more entertaining based on issues like this.

Meanwhile, fans are not as disturbed as the ongoing fraca as they believe it is one of the moments of entertainment that will die off soon.

Similar rap battle ensued between Sarkodie and M.anifest a few years back but the two patched up and continued on their journey to making their career a global trend.

In an interview with the two rappers on GHOne Tv, Medikal debunked popular assertions that he has personal problems with Strongman.

“I’ve no problem with anyone. I’m a rapper so I express myself in anyway I want to. If we talk about rap in Ghana now, you can’t leave me out.” Medikal said

Reaffirming his stance on saving rap in Ghana four years ago, Medikal said his rap claim was the truth.

Strongman also stated that his recent rap jabs with Medikal was just a musical feud and not to be taken to heart since he has no problem with Medikal.”

When asked who saved rap music four years ago, Strongman mentioned his former boss, Sarkodie as the one who has sustained rap music in Ghana.

“Maybe he [Medikal] has done a lot for the industry but he saying he saved rap music in Ghana four years ago doesn’t make sense to me since four years ago, Sarkodie was outstanding.

“If I have been declared the winner of the ongoing beef, it doesn’t make me feel superior because there is a whole lot of task and projects ahead of me so I have to focus on that.” Strongman disclosed

Explaining his reason for involving Fella Makafui in the ongoing rap beef, Strongman said Medikal first disrespected his girlfriend, Nana Ama so he defended her by hitting hard at Fella Makafui who is also Medikal’s girlfriend.

“I defended my girlfriend by hitting hard at Fella Makafui because Medikal started it all.

“I will only apologise to Fella Makafui if Medikal does the same to my girlfriend.” Strongman added 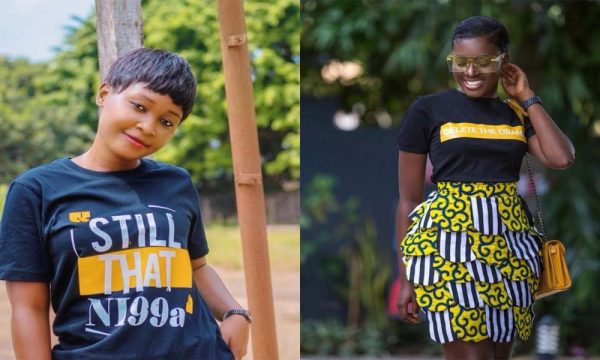 Medikal began the rap beef when he released “To Whom It May Concern”. Strongman followed suit with ‘Don’t Try’, a reply to Medikal.

‘The Last Burial’ is also a reply to Strongman’s ‘Don’t Try’ and Strongman has also topped it up with “Immortal”, which were all released on Saturday.

Strongman Burner known privately as Osei Kwaku Vincent is a Ghanaian Hip hop, Hiplife and Afropop Artiste who saw himself in the limelight after winning the “Focus fm Freestyle Friday” in 2010, “Kfm Freestyle Saturday” in 2011 and “The Next Big Thing In Gh Hip-hop” in 2012.