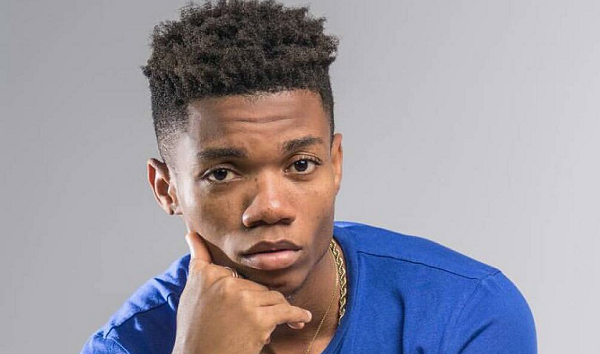 Dennis Nana Dwamena better known as Kidi, a signee of Lynx entertainment has said that the idea to title his first album Sugar was solely his decision and that his management heavily supported his decision.

The singer who launched his new album some weeks back stated that although the general norm is for management to make these sorts of critical decisions for the musical act in question, his case was different since his management supported him by agreeing with his idea.

“I first wanted to name the album ‘The Girl Them Sugar’ but I felt that was too long. So I actually decided to shorten it to Sugar.”

“I believe these things management always come together to decide these things for you. But I feel like sometimes the art is the artiste. So some of these things you need to tell that this is how I want it.”

Speaking in an interview with Hitz FM’s Dr. Pounds, Kidi explained the reason for his choice of album title by explaining that the words sugar is a household name especially because it has a pleasant taste which is a constant and obvious element in every song on the entire album.

“So I decided to do an album full of sweetness. Every single track from track 1 to 13 has some level of sweetness that every time you listen it brings sweetness into your life, hence the title sugar.” Kidi added

The official launch of the album came with a sugar movie premier which witnessed a massive turnout at the Accra Mall.

The highlife and afro beats singer/songwriter seized the platform to show his excitement and appreciation and thanked his fans for their loyalty and high patronage.

KiDi, DopeNation, Daughters of Glorious Jesus, Others for 3Music Awards