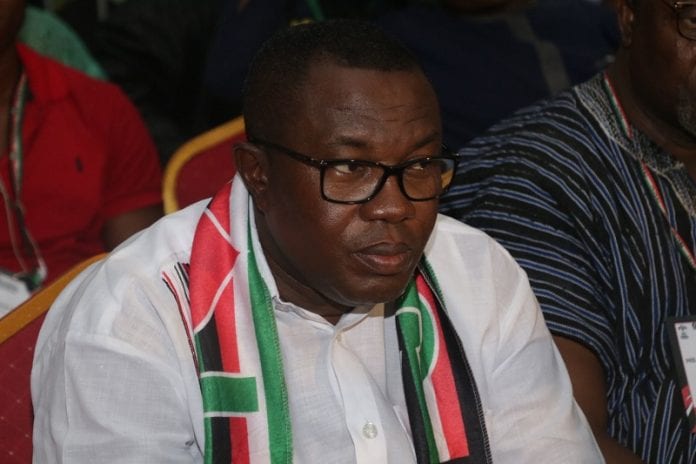 The National Chairman of the opposition National Democratic Congress (NDC), Mr Samuel Ofosu-Ampofo has been arrested by the police and is currently in the custody of the CID.

Sources say he was earlier taken to his house in Accra for a thorough search to be conducted by the police after being picked up Tuesday afternoon.

His arrest is believed to be linked to the recent kidnappings in Ghana.

An unnamed suspect has reportedly fingered the NDC chairman for being responsible for the crimes, a situation which informed the police to invite him for questioning.

Following Mr Ofosu-Ampofo’s refusal to honour the police invitation, the law enforcement agency then proceeded to the court to secure a warrant to effect his arrest.

The NDC on Monday said it had gathered the information that government was working to get Ofosu-Ampofo arrested as part of a “ploy aimed at lowering him in the esteem of Ghanaians.”

The NDC on Monday said it had deployed a team of lawyers around its National Chairman Samuel Ofosu Ampofo in anticipation of his arrest.

Speaking on the Morning Starr on Monday, June 10, a member of the NDC legal team, Abraham Amaliba said the party had intelligence its embattled National Chairman would be arrested by “vigilante boys” in such a manner that would affect his reputation.

The party had thus deployed a strategy to be around “our Chairman to make sure that anytime some people come around to effect the arrest, the necessary questions are asked,” Mr Amaliba told Morning Starr Host Francis Abban.

“For now, we’ve asked that some lawyers be around so they can verify the warrant that would be presented by those who may come around to pick him up.

“The police can arrest our Chairman but the style and manner in which they would want to do that is what matters to us most,” he added.