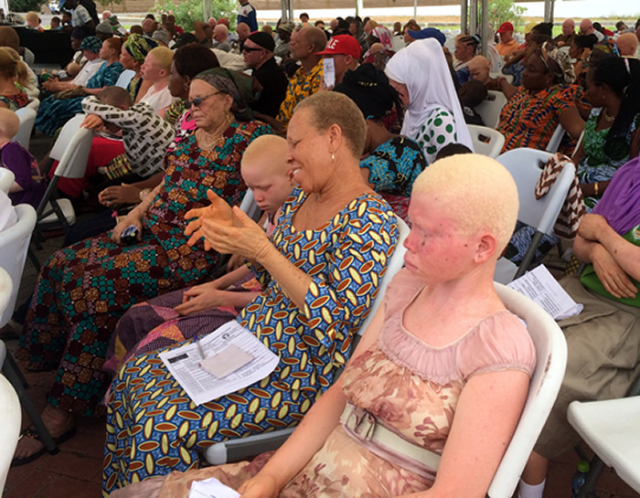 The Ghana Association of Persons With Albinism has resolved to petition the Commission on Human Rights and Administrative Justice(CHRAJ) to break decades of gross human rights violations against them.

This follows the denial of their freedom as Persons with Albinism were yesterday prevented from holding a community forum in Akwamufie, one of the ancient communities noted for banishment of persons with albinism in Ghana.

Members of the albinism leadership were there on cultural reform agenda,but were blocked from having the programme held in the town.

The Executive Director for Ghana Association of Persons With Albinism, Newton Ketseku told Kasapa Fm that it was regrettable for this to occur after receiving clearance from community leaders since May ahead of the forum on Sunday.

“We’d planned to hold the forum to call for cultural reform so our members can be accepted in the community and live there peacefully, but to our dismay we were prevented. It’s surprising that upon all the fruitful discussions held with the Queenmother, Assemblyman and the Secretary to the Traditional Council in relation to this meeting, we were left with disappointments after giving approval for the said meeting. Infact they even came up with the date for us to hold the forum, which was yesterday, because according to them, Sunday will be Akwasidae so it would be an ideal time for us to embark on such campaign. So we were taken aback to hear from the Police team that accompanied us to the place that there were intel signaling some resistance so we can’t go ahead with the programme,” he said.

Newton Ketseku further noted that it’s sad for the traditional authority to be holding such primitive cultural practice against them, hence it’ll also petition the National House of Chiefs to seek redress on the matter.

“If we don’t get the right redress we’ll send it to the International World because Ghana has signed a lot of treaties and Conventions that demands these Human rights issues. so we are ready to battle it legally and traditionally,” he told host Kweku Owusu Adjei on Anopa Kasapa on Kasapa 102.5 FM.

I want to be heard in public – PPA boss begs CHRAJ