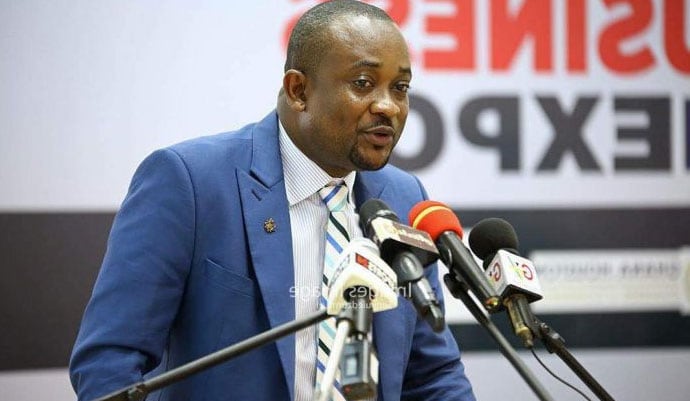 The Deputy Information Minister, Pius Enam Hadzide has slammed the Minority caucus in parliament for what he describes as a deceptive position of Ghana’s debt stock published by them last week.

“They couldn’t give a breakdown of the so-called government borrowings of over 80 billion cedis which it accused us of failing to account for. Is that a fair assessment of the analysis of the debt position?They only want to throw dust into the eyes of the Ghanaian public that is why they failed to produce list of loans that accumulated to the 80 billion cedis,” he said in an interview with host Kweku Owusu Adjei on Anopa Kasapa on Kasapa 102.5 Fm Monday.

The Minority at a news conference on Thursday accused the New Patriotic Party (NPP) government of borrowing in excess of over 80 billion cedis with nothing to show for it.

But commenting on the minority position of the government borrowings, the Deputy Information Minister corroborated the point made by his Boss, Kojo Oppong Nkrumah at a Presser last week, indicating a nominal public debt stock, that have accumulated to the GHS 80bn debt.

According to Enam Hadidze, most of the loans that have ballooned the public debt stock figure were inherited and passed on from the NDC government.

“It’s not true that this NPP government has borrowed  in excess of over 80 billion cedis. All external loans are given approval by Parliament. I dare them to come out with the list of loans acquired by this administration. Infact most of the old loans they contracted and were being disbursed within the tenure of this administration have been dishonestly added to the debt stock. It doesn’t mean we went for those loans.”