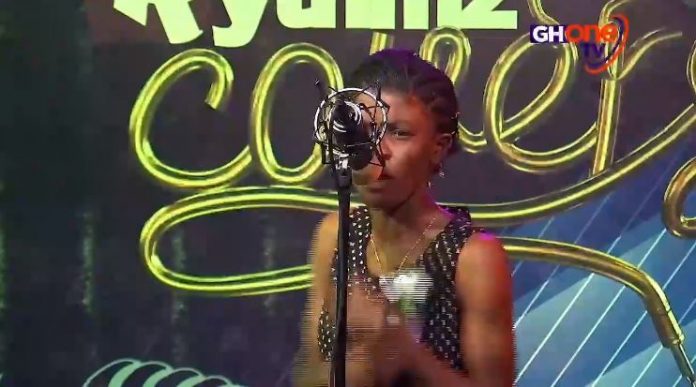 The hunt for promising stars by GHOne Television started on Saturday, June 16, 2019, at Platinum Height, Ridge-Accra.

The maiden edition of the talent hunt show dubbed ‘Rythmz Covers’ saw over 500 participants take part in the competition.

Amongst the participants was a young female rapper who performed Kwesi Arthur’s hit song ‘GRIND DAY’.

The judges were shocked to the bone when the female rapper took off her fake hair to nail “Grind Day”.

Her energetic performance won the hearts of the judges to keep her in the competition for the next stage.