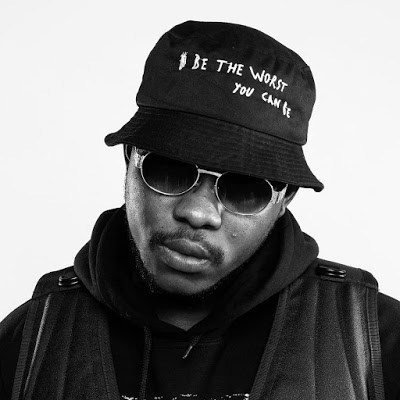 Ghanaian rapper, Samuel Adu Frimpong known best as Medikal in showbiz circles has revealed that being awarded as the best rapper of the year at the just ended VGMA’s has not affected him in any way.

The rapper on Starr Drive with K.O.D and Cookie Tee stated that despite the fact that awards are testaments of how hard an artiste has worked, it does not make him feel as though he has reached a peak in his career. And thus he is even working harder because he has a lot more to learn.

“I feel like I have to learn more. I have not achieved anything yet. I mean plaques are to make people feel like they are doing good work but that’s not going to make me feel like I’m there.”

“No, I’m nowhere near there. I’m still working. Because I already know I am a good rapper and I always want to learn more and build my abilities so I can upgrade.” Medikal noted

Answering the question as to whether his song such as connect played a major role in winning this particular award, he replied in the affirmative and said that the height he has reached in his career is because of every single thing he has done until now. Thus it is a series of events that landed him this award.

“Every step I have taken ever since I got into this industry is the reason why I am sitting in this chair with you today and talking. Because if I was awarded two years ago who knows where I would be right now? Maybe I would have become slow.”

“Everything happens for a reason. So yes, of course, it all helped me that’s why I’m sitting here today.” He added

This is the first time Medikal has won an award at the Vodafone Ghana Music Awards although he received the highest nominations during the previous event in 2017.

The talented rapper took home two awards for the night which belong to the Rapper of The Year Category and Hip Life/Hip Hop Artiste of The Year category respectively.