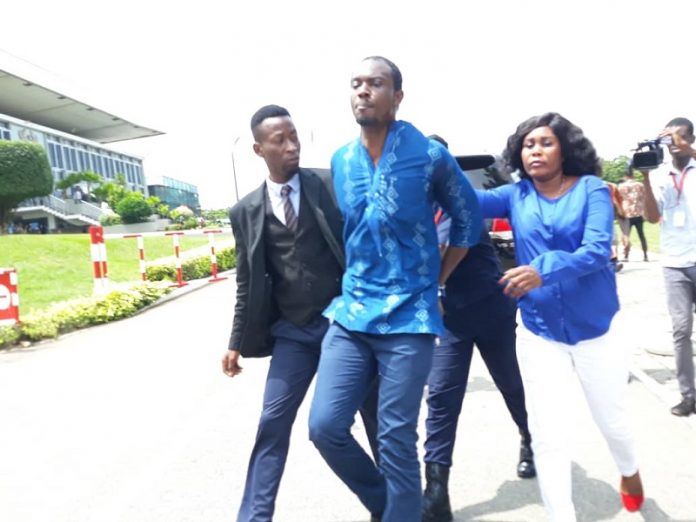 The two member of the Economic Fighters League who were arrested for protesting in Parliament over the proposed construction of a new Chamber are expected back at the Police station today[Monday].

Lawyer for the two Francis Xavier Sosu in an interview has expressed concern about the manner in which his clients were arrested labeling it as abuse.

“I believe that clearly, the mode of arrest to some extent was an abuse of our clients. The reason why I say this is that when a person has not resisted arrest and the person is unarmed I mean you don’t use the kind of force that was used on them as if they were some criminals or terrorists.

He added: “I believe that it is a matter that will look at on another day, what we are happy about is the fact that the Ministries Police Station has been so professional. In handling this matter we went through the processes without any difficulty and we are grateful to these officers who were so professional in the way they handled this matter. We’ll continue to cooperate and see how this whole thing ends and if we have any further instructions as to the mode of arrest we will consider further actions.”

#DropThatChamber: No criminal charge can be pursued against Ernesto Yeboah – Lawyer