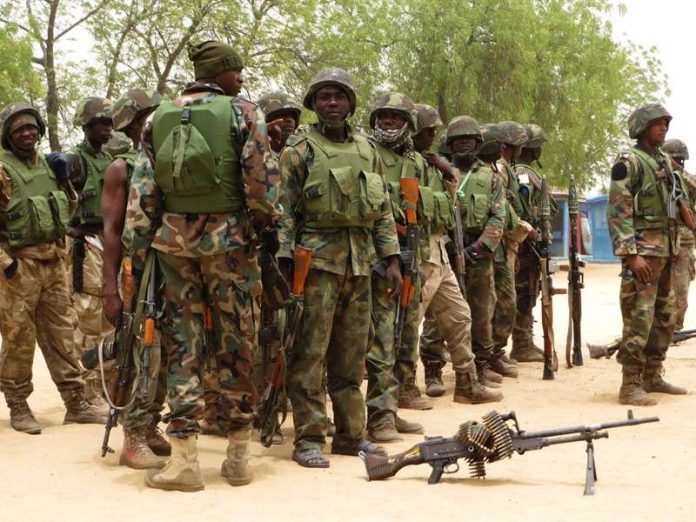 The Minister for Defense, Dominic Nitiwul, has revealed that a group of young men and women swindled by a fraudster stormed his office one day to demand that they be recruited into the Ghana Armed Forces (GAF).

The group, numbering 22, was led by a journalist friend of the Minister, requesting that they be recruited because they have paid an amount of GH₵200.00 each to him, the Minister, who had promised them jobs in the GAF.

The journalist friend had acted as a middleman in the said transaction.

Unknown to the Minister, a fraudster had created a Facebook Account in his name and collected that amount of money from the unsuspecting victims with the promise of recruiting them into the GAF as the “Minister of Defense”.

Mr. Nitiwul made this startling revelation, Wednesday, when he was contributing to a statement in Parliament on the activities of money doublers and its impact on national development.

The statement which was made by the National Democratic Congress (NDC) Member of Parliament for Central Tongu, Alexander Roosevelt Hottordze, had called on the legislature to have a keen interest in the activities of confidence tricksters and internet fraudsters, investigate their modus operandi and if necessary, nip it in the bud before it gets out of control.

Commenting further, Nitiwul told the House that he was shocked to see the journalist, who he described as a friend being an accomplice in internet fraud.

“Mr. Speaker, the funny thing is that a journalist who I knew and who was a friend to me actually thought she was communicating with me and carried 22 people in a Benz Bus to my office. That they have paid GH₵200.00 each to me to be recruited into the Ghana Armed Forces through Facebook. And I said what? And you believe such a thing and you are laughing – you are lucky that I don’t get you arrested because you are a criminal”, he narrated.

Nitiwul, who is also the New Patriotic Party (NPP) MP for Bimbilla, however, cautioned that under no circumstances could one be recruited into the GAF on Facebook or Whatsapp, urging the general public to wary of internet fraudsters and report them to the security agencies if they ever come into contact with one.

Agalga, Nitiwul ‘fight’ over extension of service years for soldiers from 25 to 30