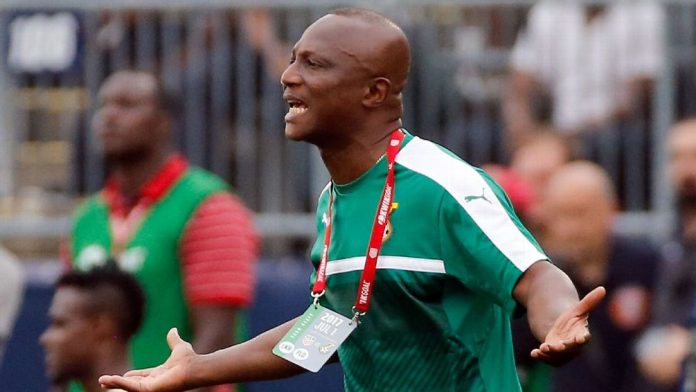 The Majority of the Parliament of Ghana, Osei Kyei-Mensah-Bonsu, has called on the Ministry of Youth & Sports and the Ghana Football Association, demanding that the fate of the Black Stars Coach, James Kwesi Appiah, should be determined now to enable the country plan smoothly for other tournaments ahead of it.

He said it is not proper for the coach’s fate to left in limbo, stressing that any further delay in making a definitive pronouncement on Kwesi Appiah’s fate, will be detrimental to the course of the country, especially, as qualifications for the next World Cup is just around the country.

“Mr. Speaker, the Minister has indicated to us that the coach, Kwesi Appiah got appointment in April 2017 and the terms and conditions of his engagement were made known to him. He signed to the terms and conditions that he was to deliver AfCON 2019. Mr. Speaker, as far as I am concerned, a definitive pronouncement will have to be made on that whether to continue him so that he will be assured. If he is not going to be continued, then he will know that may be as part of the terms and conditions of engagement, if he didn’t deliver, he will be ousted. So, the Minister and indeed the outfit that is in charge of the Black Stars should come with a definitive pronouncement on the coach, not to leave him in limbo – if he is to be continued, a decision will have to be taken and it will have to be made known to him. If he is to be discontinued, he must be told.

Mr. Kyei-Mensah-Bonsu, who is also the Minister of Parliamentary Affairs made this observation on the floor of the House, Wednesday, July 24, 2019, when contributing to discussions on a statement made by the Minister for Youth & Sports on Ghana’s preparation and participation in the 2019 Egypt Africa Cup of Nations (AfCON).

Mr. Asiamah had stormed Parliament and told Members that the country spent US$4.6 out of the budgeted US$6.3million for the campaign of the senior national team, the Black Stars, during the AfCON tournament in Egypt.

He also disclosed to Members that the Normalization committee has been tasked to produce a comprehensive report on the poor performance of the Senior National team in the tournament for reforms to be made.

The Black Stars at the just ended AfCON 2019 suffered a round of 16 stage exit in the tournament.