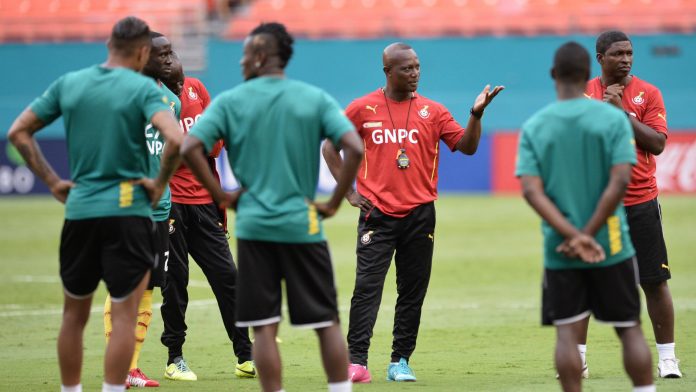 The Majority Leader of the Parliament of Ghana, Osei Kyei-Mensah-Bonsu, says one of the factors that accounted for the Black Stars early exit from the just ended AfCON tournament held in Egypt was the seemingly frosty relationship between players and the coach, James Kwesi Appiah.

This, he said, was visibly displayed on the field, urging the Minister of Youth & Sports, Isaac Kwame Asiamah, to take notice of it and work towards improving on the relationship between the players and the coach as part of measures towards reviving the Black Stars.

“Mr. Speaker, many things we must admit went wrong and the evidence – when we qualified from the group stage – elsewhere, when qualification occurs, the players will flock the coach. This time it didn’t happen. When Black Stars qualified from the group stage, we expected the players to go and flock the coach, they didn’t do that. And watching on the television screens, I saw there was something wrong. Perhaps, the bonding between the players and the coach wasn’t the best. If it was, the coach will be the magnet to attract the footballers. I saw that there was something wrong”, he noted.

Mr. Kyei-Mensah-Bonsu, who is also the Minister of Parliamentary Affairs made this observation on the floor of the House, Wednesday, July 24, 2019, when contributing to discussions on a statement made by the Minister for Youth & Sports on Ghana’s preparation and participation in the 2019 Egypt Africa Cup of Nations (AfCON).

Mr. Asiamah had stormed Parliament and told Members that the country spent US$4.6 out of the budgeted US$6.3million for the campaign of the senior national team, the Black Stars, during the AfCON tournament in Egypt.

He also disclosed to Members that the Normalization committee has been tasked to produce a comprehensive report on the poor performance of the Senior National team in the tournament for reforms to be made.

The Black Stars at the just ended AfCON 2019 suffered a round of 16 stage exit in the tournament.

The team recorded a poor showing, the worst since 2006 after it failed to reach the semi-finals. Fans even before the campaign remained unenthused about the team’s performance to end a 37-year old trophy drought.

Kyei-Mensah-Bonsu commenting further demanded that the Normalization Committee shows the way forward as to how the country should proceed since qualifications for the next World Cup is just around the corner.

“Mr. Speaker, Normalization Committee will have to wind up pretty soon and there is the need for the local league to commence as soon as possible because the qualification for the next world cup is just around the corner and if the local league is not reinvigorated or reinstated, we will be shortchanging ourselves. So, it is important that we come to some determination as to when they are going to end and how the local leagues are going to be revived”.