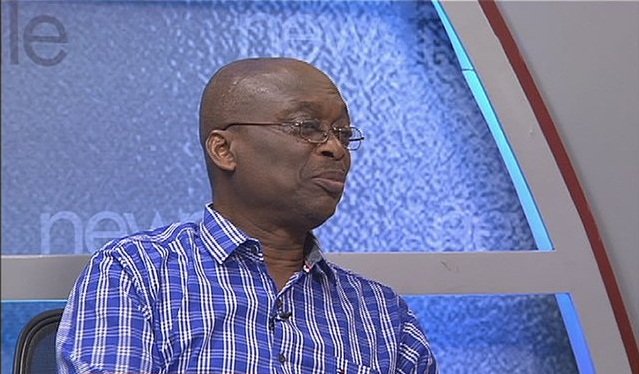 The Spokesperson for Gregory Afoko’s legal Team, Nana Yaw Osei has taken a swipe at Editor-in-Chief of the New Crusading Guide newspaper, for jumping to the defence of the State and lying about his client’s bail.

Kweku Baako told Accra-based Peace Fm that per his checks, the bail conditions were not fully met.

But in an interview with sit-in host Akwasi Nsiah on Anopa Kasapa on Kasapa 102.5 FM, Nana Yaw Osei maintained that his client indeed satisfied all the bail conditions as prescribed by the court.

In his account, the Spokesperson for Afoko’s legal team said a landed property was submitted which was valued by AESL to the tune of GHS 1.22 million[12 billion old Cedis] more than the ¢500,000 requested by the court.

According to him, the court cleared it and sanctioned his bail while it made correspondence with the Police-CID for his bail to be granted, but the Police insisted on seeing results for his bail before releasing him, which according to Nana Yaw Osei was not within the remit of the Police to assess their clients bail condition.

He added:”You even had the impudence to throw out into the public domain that the Defence Counsels are lying.” Nana Yaw Osei said on Kasapa Fm.

The Executive Director in Ghana, Robert Akoto Amoafo contends the development in Afoko’s case and several others makes a mockery of the country’s legal system.

Meanwhile, the two accused persons in the case of the Republic verses Gregory Afoko and Alangdi Asabke have, in accordance with Sections 244 to 250 of the Criminal And Other Offences (Procedure ) Act – 1960 (Act 30), chosen a seven-member jury to try their case.

The accused persons exercised their legal right to choose the members of the jury. In all, they rejected three jurors drawn from the box by lot during the process before settling on the seven required by law.