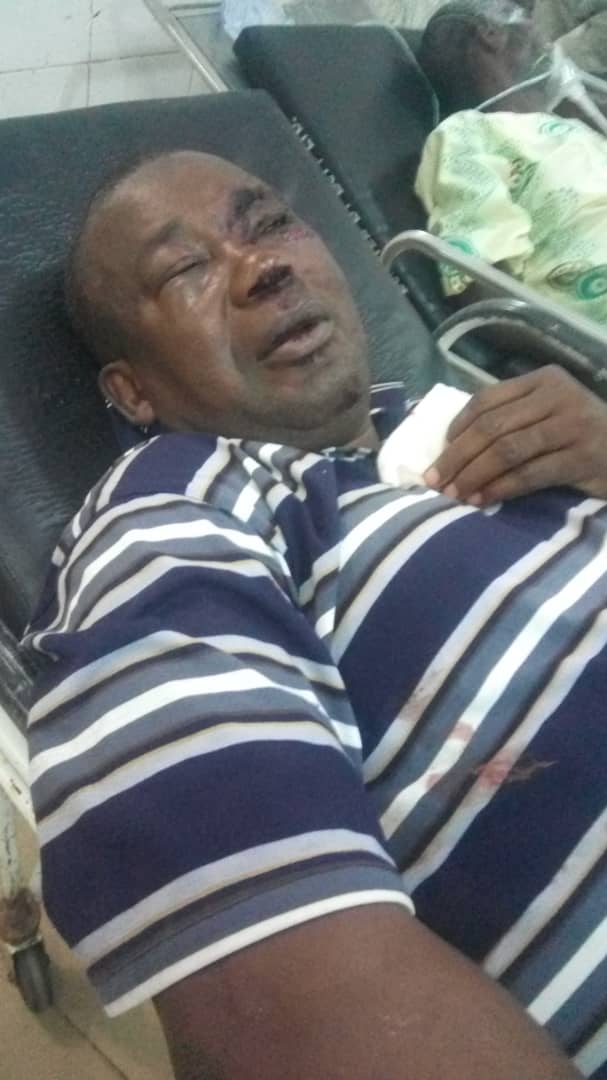 President Akufo Addo has visited the Paramount Chief for Lower Dixcove, Nana Kwesi Agyemang at the Effia Nkwanta Regional Hospital this morning to sympathize with him following his brutal assault by unknown assailants.

The President is in the enclave currently as part of his two day working visit to the region and stopped by the Regional facility where the Chief is on admission.

Mr. Akufo-Addo had moment of interaction with Nana Kwesi Agyemang and assured of adequate police presence in the area following the chieftaincy dispute that led to the attack on the traditional leader and his elders.

There is uneasy calm at Lower Dixcove in the Ahanta West Municipality following the attack on the Paramount Chief of the area, Nana Kwasi Agyemang by unidentified assailants.

The traditional leader is alleged to have been stripped naked and abducted in what locals described as a Rambo style attack by unidentified masked men.

A relative of Nana Agyemang told Empire News’ Emmanuel Ohene-Gyan that the assailants used dynamite to destroy the heavily built gate leading to his house which gave them access to carry out their operations.

The operation which started around 2am Monday, July 22nd lasted for a little over 30 mins.
Distress calls made to the Agona-Nkwanta and other security agencies could not yield any meaningful results at the time.

But the police later discovered him at the camp of the assailants. It is unclear the cause of the attack.