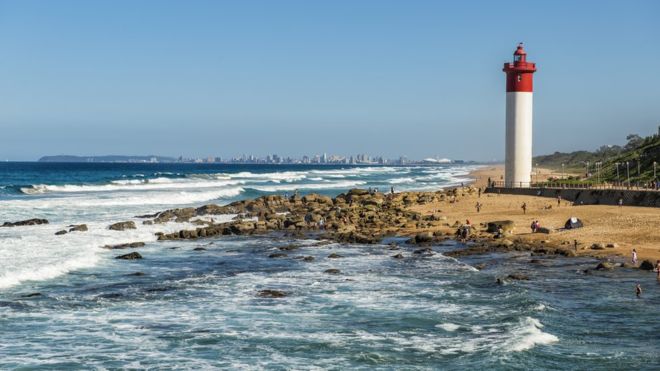 A British woman has died while sailing onboard a yacht that was damaged off the coast of South Africa.

Rescuers were called to reports of a boat taking on water 242 nautical miles (448km) off the country’s east coast on Monday, the National Sea Rescue Institute (NSRI) said.

Two South African men on board the yacht were uninjured and were rescued along with a dog.

The Foreign Office said it is supporting the woman’s family.

Rescue crews tried to save the woman but she was pronounced dead on board.

The two survivors, who are from Durban and Cape Town, and the dog were taken to Durban sea rescue station.

The NSRI said it offered its “sincere condolences” to the woman’s family and friends.

A Foreign Office spokesman added: “Our staff are supporting the family of a British woman following her death whilst sailing off the coast of South Africa and are in contact with the South African authorities.”