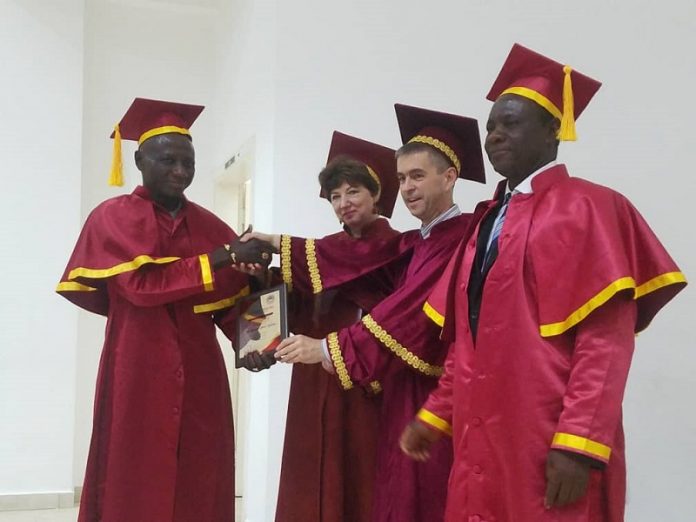 The CEO of Nyarkoaba Nyarko Royal Hotel Mr. Effah Nyarko has been conferred an Honorary Doctorate Degree for his impact in the trading industry and hospitality in Ghana.

He was honoured by the Vinnytsia State Pedagogical University in-collaboration with COGAI.

At the University of Ghana, Legon Bank of Ghana Auditorium, four other outstanding men were also honoured.

Many people from Kwahu and Accra and other areas trooped in to grace the occasions on Saturday 6th June 2019.

The Owner of Nyarkoaba Nyarko Royal Hotel located at Obo in the Kwahu South District of Eastern Region has other businesses running in the capital city of Ghana employing a number of people as part of offloading the burden on the government so far as unemployment is concerned. 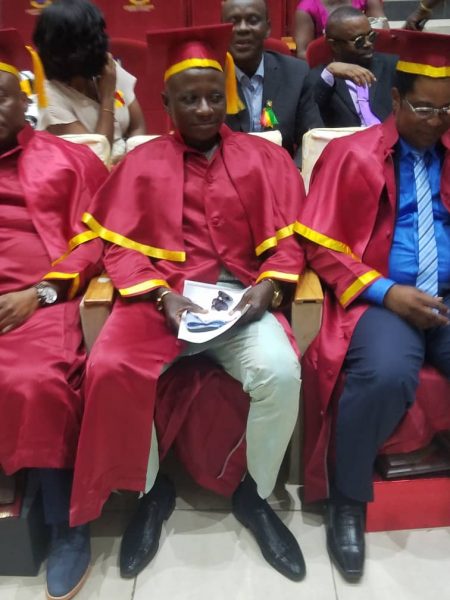 According to the Ukraine based university, Dr Effah Nyarko’s commitment and dedication to his business have earned him unequalled honour among giants adding that his efforts have led to the development of a variety of business, contributing to the society and Ghana as a whole. 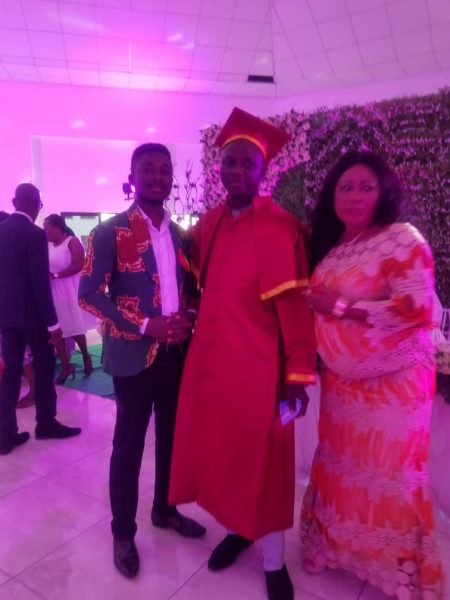 A citation presented to him said: “After assessing your contribution in Ghana and beyond, the Vinnystia State Pedagogical University deemed it fit to confer upon you, a doctorate of Philosophy (Honorary Doctorate Degree.

Speaking to the media, Dr Effah Nyarko expressed his profound gratitude to the brain behind the honour since he has worked so hard to get there.

In an interview, he told Agoo FM’s news Ebenezer Kojo Nyavor that, the youth must have the carriage and the willingness to do something without giving up in their dreams.

He appreciated his late mom (Madam Nyarkoa) effort towards his achievements.

Some natives of Kwahu, workers and neighbours who graced the occasion also praised him for his kindness and hardworking saying everyone must emulate his character.