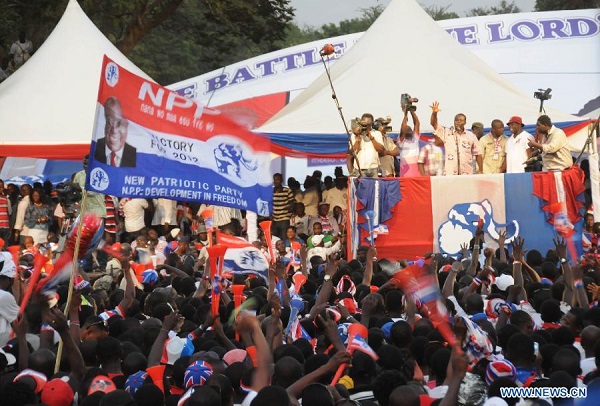 The Second Vice Chairman for Suame Constituency of New Patriotic Party (NPP), Mr Richard Akwasi Asante, has asked executives of the party to investigate prospective parliamentary hopefuls and disqualify those with corruptible records.

The title, honourable, according to him, should only be used for persons with unquestionable behaviour therefore party executives should prevent such dishonest persons from entering into the parliament house.

He also cautioned prospective parliamentary hopefuls, to bring to a halt, any form of campaign before the opening and filing of nominations.

Speaking to the media, Mr Asante said the party’s internal regulations prevent aspirants from embarking on any direct or indirect form of campaigns, before they are authorised to do so by the party.

He expressed dissatisfaction about the unauthorized forms of campaigns by parliamentary hopefuls in the various Constituencies.

According to him, until the appropriate time as directed by the National Executive body, any form of campaign breaches the party’s regulations.

He said constituency executives in the country can formally petition the regional or national executives with material evidence on such deviant behaviour.

Such behaviour, according to Mr Asante, flouts the rules of engagement on the conduct of the party’s parliamentary primaries and constitutes lawful grounds for disqualification.

“With evidence, constituency executives can lodge a complaint at the regional or national level for such deviant parliamentary hopefuls to be disqualified’ Mr Asante disclosed.

Mr Asante disclosed that such conduct undermines the structure of the party from Constituency to regional levels.