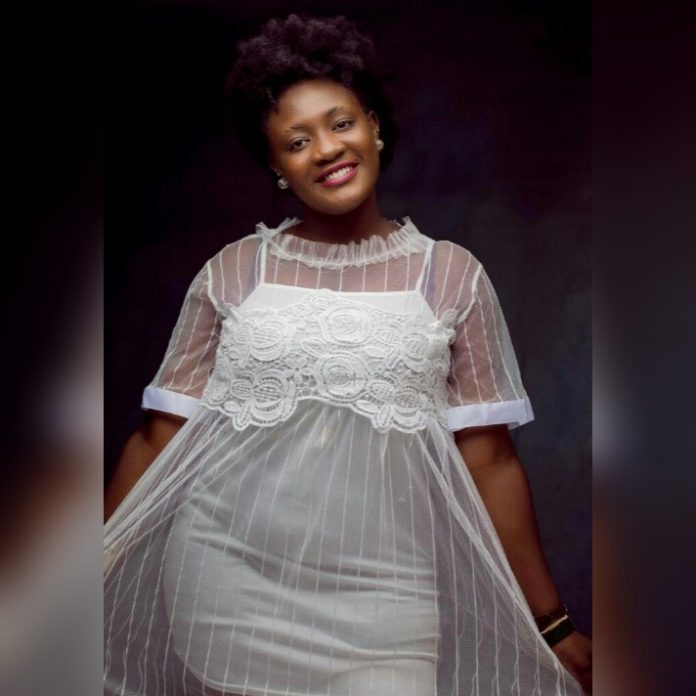 The trees rattled as though singing harsh lullabies to an undeserving yet wailing infant. The night on the other hand feigning oblivion, went about its usual business of paying and collecting its dues, all in the persistence of preparing the garrison for the break of a new dawn. If not for the distant barking sounds of the neighborhood dog, one might be in awe, contemplating if the travelled strangers who had long since reached their destinations have experienced change of hearts, even as they lie still in their taverns and have vacated their original places.  She lay on her back facing skyward.

Like the moon attached to the night sky, she was accustomed to the shadows. Her heart is no different from that of a devoting yet desperate lover’s. Akin to an expectant woman, she reeled in the panorama of a new life budding inside her. Owning to her knowledge of bereavement, she always took solace in her abrahamic roots where the promise of joyous reunion made the ground sound pleasant and almost thrilling. But as far as the subject of transfiguration goes, she never lets loose even slightly, the grip on her fears of impending doom. For despite her preparedness, she stays true to the fact that she would never be fully expectant of the expected. And in these frightening times where her mind wanders off, she always suffers a bodily twinge, one that she knows no drug can ever cure.

Be it a Shrill or near to the ground sound, the first crow of the cock gets her to put her feet down. Raring to embark on an all so proverbial passage through the East, one that cracks the very pores of her skin. The dreadful ideas of reincarnation making her flinch under the peering eyes of the sole resident, who holds in its fierce hands, the ironic and hypothetical suppositions of masculine power and strength. Even as she journeys on to the West, her anger continuously surfaces at the limited concentration of the fleshy being to the shallow thoughts of intellectual fame and glory. Although extremely upsetting, it isn’t all that bad because she could at least see very clearly the path on which she steps. That however is no consolation to how ugly, exposed and lost her character recurrently feels.

The spectra of light begin to illuminate from the North. It funnels her progress. In the swing of effects, her form begins to standout. She is blessed with the attention of heavenly beauty, her dauntlessness lifting at the promise of peaceful and lasting rest. Now, here, in the coldness of the North she feels warmth engulf her will, and she sweetly welcomes it with oomph. Here, now, in the navigation of the North, she is resolute in her beliefs of reaching securely into the tender hands of the South. Her sentiments of dining with falling angels is met with anxious gusto, for she acknowledges her impending approach to the fifth pentagon of what holds the earth in its succinct as she draws closer to the South. Finally, here, in the South, she always finds her way back home.

Alas! Forgetting in entirety her trip to the East through to the West, she brings only good memories’ of the North and South into her place of abode. And when she lay at last on her back to reminisce with the soul next to hers, she screams in ecstasy as she is taken, and makes her way to the seventh heaven. A pained yet blissful idiom printed on the outline of her face.  Her countenance, strong at first, rapidly dissipates at the intrusion of a perpendicular and unbending entity which concludes in one swoop frenzy, the peak of gratification and squeal. In as much as she wanted it to last a bit longer, her scheduled rendezvous with the earth’s juice of fertilization came to an end sooner than she expected.

It became an ascertained verity that she considered herself truly conflicted yet blessed. For is it not true what they say: that “it is the end that matters?” But then again, that was her distinct eminence. She loathed for her lungs to be tied up amid someone else’s. The beginning had always been as equally significant to her. And so, in the final dot, she got hold of the drug that eventually eased her pain. Yet the ache was far from gone. Maybe, she did get rid of it entirely, I do hope she did. But hypothetically speaking, I lay my wager on the postulation that she carried it along. I believe it is safe to say that she may have even admired the element that kept her fixated in that temporal and nearly permanent bubble. Their presence was indeed her preference. Now, here, in these passive moments, she let go off even the sweetest memories of the North and South. Eagerly putting her feet up and looking forward to embark on an anticipated yet unfamiliar crossing.