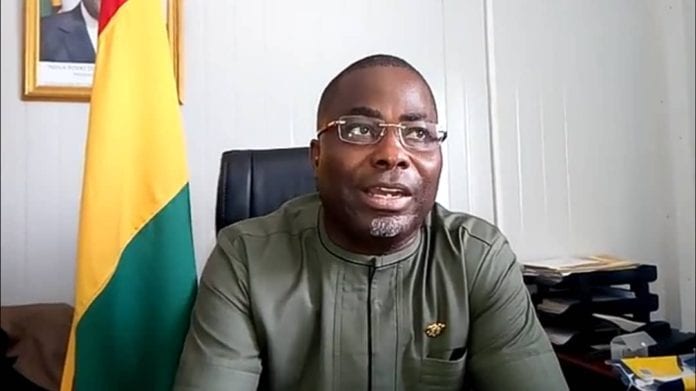 The secretary of the Inter-ministerial Committee on illegal mining, Charles Bissue has been cleared of any wrong doing by the Police CID that investigated allegations of corruption against him.

“Mr. Bissue was not found to be culpable of any offense, a parallel investigation by the office of Special Prosecutor is however still ongoing,” the Graphic quoted the police report as saying.

Undercover journalist Anas Aremeyaw Anas in a 14-day investigation into the activities of the Committee had Bissue compromising his integrity having accepted cash to facilitate the issuance of license among others.

Other security officers were also caught on tape receiving bribes to allow illegal miners to operate contrary to their core mandate to stop galamsey.

Mr. Bissue on the eve of the premiering of the documentary dubbed: “Galamsey Fraud”, had informed the president of his decision to step aside to allow investigations into the case, while he maintained his innocence of allegations of bribery against him.

Meanwhile, government is yet to receive a copy of the police report on the investigations.