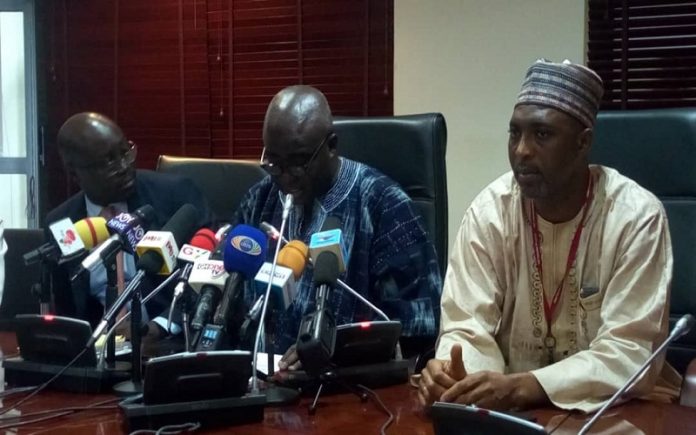 Ghana is likely to import cocoa to feed its local industries if production of the commodity continues to decline or remain at its current level, the Members of Parliament belonging to the opposition National Democratic Congress (NDC) have warned.

However, production dropped sharply to 904,000mt in the 2017/2018, according to the 2019 Budget and Economic Policy Statement of the Government of Ghana.

Should the country record the projected 770,000 metric tonnes of cocoa for the 2018/2019 crop season, it will have dire consequences on the fortunes of the country as local industries will have to spend huge amount of money to import the commodity to feed their plants.

Detailing why Ghana will have to import cocoa beans if trends in cocoa production continue the same, the Ranking Member on the Food, Agriculture and Cocoa Affairs Committee and Minority Spokesperson on Agriculture, Eric Opoku told a press conference in Accra, Thursday, that over 600,000 metric tonnes of cocoa has been used as collateral for various loan facilities and should the country service those facilities, very little (about 100,000 metric tonnes) will be left for local industries to feed on.

This, the group argued, will not be sufficient to feed the local industries and the only option available to them will be to import the commodity to shore up the deficit.

“The cocoa production is coming down around 770,000mt. Remember we collaterized 638,710mt for the syndicated loan of US$1.3billion. So, when you deduct this from the 770,000mt that we have recorded this year, and then you take 30,000mt to pay for the Bui Dam because we collaterized for the cocoa for the money we sourced from China to construct the Bui Dam, you are left with less than 100,000mt for local processors to process in the country. So, for them to keep their employees; for them to produce as they produced in previous years, they may be compelled to import cocoa into this country. This is the current situation now”, Mr. Opoku explained.

The reaction of the Minority NDC MPs is in response to a recent challenge by President Nana Addo Dankwa Akufo-Addo to the erstwhile NDC administration led by John Dramani Mahama to name one policy of theirs that increased cocoa production during their tenure in office.