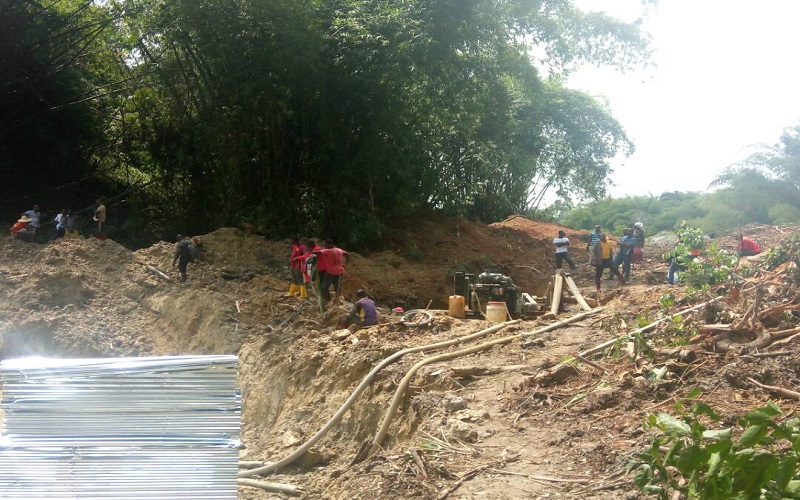 Residents of Akyem Gyampomani in the Fanteakwa South District of the Eastern Region led by their Queenmother- has jumped into the defence of mining company operating in the area.

According to them claims that the mining firm -Gyampomani mining is engaging in illegal mining is untrue.

Addressing the media Tuesday the Queenmother Nana Essah Pokua II said the company has the requisite documents to mine adding it is providing jobs for the unemployed youth in the community who have also been trained in mining hence approves their operation.

This presser she said sought to correct bad impression created by residents of Akyem Hemang -the neighbouring community who protested yesterday against the company’s activity accusing some big wigs of the ruling NPP for being behind the mining in the area.

The Assembly Member for the area,Kofi Amponsah urged the DCE for Fanteakwa South Adjaben Ntori not to take sides in the impasse.

Residents of Akyem Hemang in the Fanteakwa South District of the Eastern region have petitioned President Akufo-Addo over elements in the governing New Patriotic Party (NPP) engaging in illegal mining and logging of economic trees in the area.

According to them, the involvement of some bigshots in the governing party has led to wanton destruction of their arable lands.

“The seeming insecurity on Akyem Hemang Stool lands is as a result of what we perceive to be political involvement of NPP party big wigs and it is breeding a worrisome situation needing the attention of the security apparatus of the state,” they said in their petition to President Akufo-Addo.

They also accused officials of Operation Vanguard, an anti Galamsey Taskforce led by the Eastern Regional Chairman of the NPP, Kingston Okomeng Kissi who is a miner and the District Chief Executive, Adjabeng Ntori for supervising blatant disregard to mining regulations in the surrounding areas by Dome Mining Enterprise and Gyampomani Mining as well as Illegal logging by BB Alang Co.Ltd.

They say the two companies who are polluting the Birim River, which is the source of drinking water for residents, had grossly flouted the 100 meters space that must be left at the riverbank beyond which mining operation could be done. 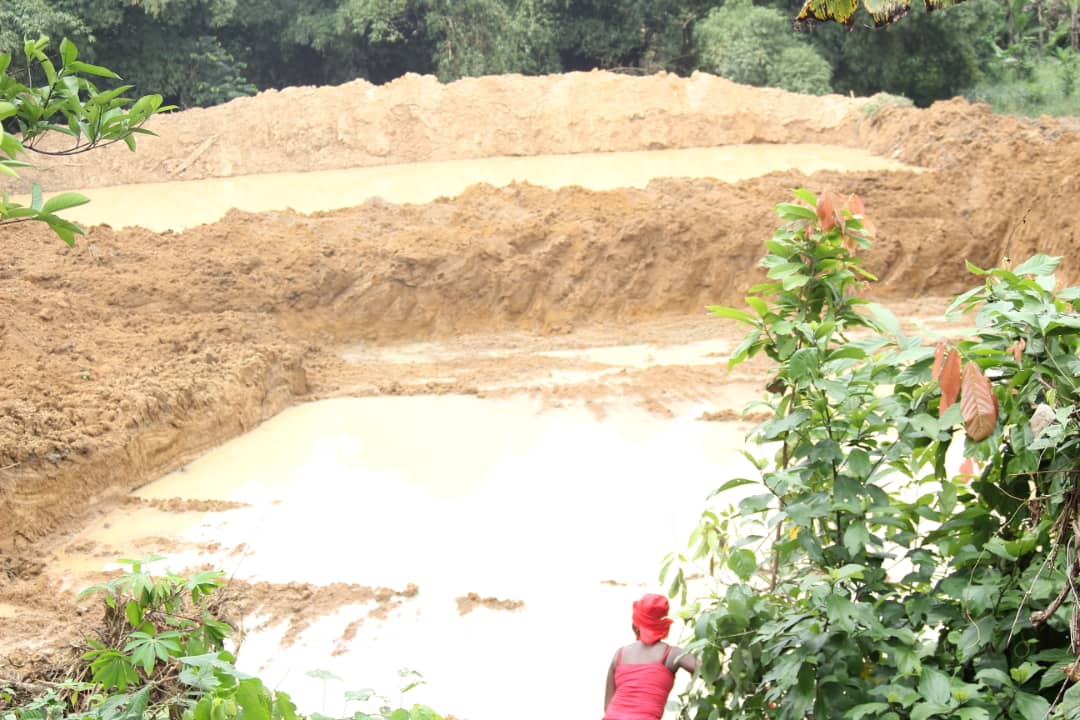 “Galamstop which was set up to protect river Birem has rather come to provide protection for these illegal mining operations at Akyem Hemang -Osino side of the river Birem. Personnel of Galampstop instead of doing their mandate, rather standby and watch the illegal miners carry out their illegal activities unperturbed,” the petition said.

The petition followed a Press Conference and Protest by residents of Akyem Hemang Monday to reinforce their concern.

The Residents clad in red and black dresses holding placards hit the street and invaded the mining site ostensibly to show Journalists about the devastation being caused by the mining company.

This triggered warning shots by some workers at the site but they were overpowered and a pump-action gun seized.

Some residents mostly peasant farmers told Kasapa News all arable lands in Akyem Abuakwa have been degraded except Akyem Hemang, which has over the years kicked against illegal mining.

They said they would continue to resist any attempt to introduce illegal mining to the community, which could be deleterious to farming. – Kojo Ansah