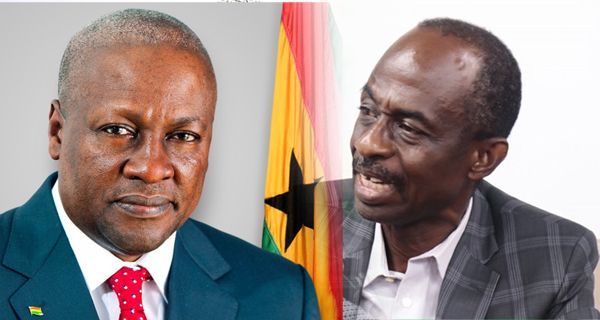 There have been reports that former President John Dramani Mahama is considering Johnson Asiedu Nketiah as his running mate for the eagerly anticipated contest.

Mr Asiedu Nketia, is thought to be in pole position for the enviable position due to his rich experience and prowess to mobilize the grassroots as the party desires to shore up its votes in the rural communities of the country ahead of the 2020 elections.

Johnson Asiedu Nketia told host Kwaku Owusu Adjei on Anopa Kasapa on Kasapa FM that he has become aware of such report and believes he’s competent to occupy that high office but added that he wouldn’t lobby for the position.

“I’ve also seen the speculation viral on social media but I’ve not been spoken to by the Flagbearer. We don’t campaign for the running mate position, our party has a structure that is followed in selecting a running mate who will be very suitable for the position. I know I deserve that position if you ask me, but it doesn’t lie in my mouth to say it. Let’s leave that to the appointing authority.”

When asked by the host if he’ll accept the Running mate position if he’s nominated, Mr Asiedu Nketia responded “who in this world will turn down an appointment to be a king, you asking me this question, when you are made a President will you turn it down? Asiedu Nketia asked.

Born on December 24, 1956 at Seikwa in then Brong Ahafo Region, Mr. Asiedu Nketia, started his political career when he was elected to represent Seikwa at the first Wenchi District Assembly in 1989.

He served as a Member of Parliament (MP) for the Wenchi West Constituency for 12 years. As a parliamentarian, he served on several committees, including Appointments Committee, Finance Committee, Public Accounts Committee, Chairman, Mines and Energy Committee, and Minority spokesperson on Food, Agriculture and Cocoa Affairs.

He was also appointed by Jerry John Rawlings as Deputy Minister of Food and Agriculture In-Charge of Crops from 1997 till the NDC lost power and left office in 2001.

In December 2005, he was elected by his party delegates to become the third General Secretary of the NDC. He has since held onto the position till now.