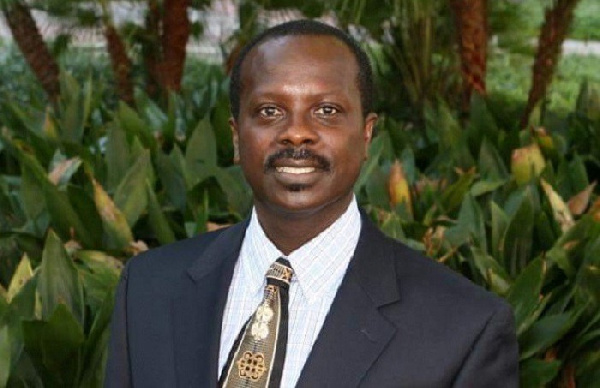 According to the Constitutional Lawyer, the decision by Justice Merley Afua Wood is a very serious error of judgment.

Justice Merley Afua Wood on Monday rescinded the bail granted to Gregory Afoko on the 14th of March 2019 by Justice George Buadi’s Court after the State made an oral application to that effect in Court today, the 15th of July 2019.

The State argued that should the accused person’s bail be allowed to hold, he is likely not to make himself available for the trial.

Lawyer for Gregory Afoko, Sowah Charway, in his opposition to the oral application of the State said the style adopted by the State can best be described as ambush litigation. He added that his client will at all times make himself available for trial while he is on bail.

The Presiding Judge after the arguments ruled that based on the facts presented in the oral application of the State, the bail is rescinded. She further ruled that the court will ensure a speedy trial of the case in order to avert any further delays.

Commenting further on the case, Prof. Kwaku Asare told Akwasi Nsiah on Kasapa News that the Judge, Justice Merley Afua Wood must be in trouble for the decision she took.

He added that both the prosecutors and the judge must be sanctioned for their grievous breach of the legal and judicial process.

“Just because you disagree with the first Judge’s conclusion doesn’t mean you can set his judgment aside more so it another High Court not an Appeal Court. How is possible that a High Court can overturn a decision by another High Court based on a fact that has been interpreted differently from that of the earlier court. That Judge should be in trouble, for her to do that it tells me she is poorly trained as Judge, she’s not competent to be handling this type of scenarios. Because every competent judge will follow some processes, if we allow every judge or prosecutor to do whatever he or she likes we’ll have a chaotic situation in this country.

He added: “That is why we have processes if that Attorney General disagrees or thinks that the Judge abused his discretion she goes to an Appeal court. I think they’ve already gone to the Appeal Court and the court did not agree with them and so for them to go to another High Court, it is an abuse of the powers of the prosecution for which they should be sanctioned as well as the judge because it is a grievous breach of the legal and judicial process.”

An Accra High Court on the 14th of March 2019, granted bail to Gregory Afoko, one of the suspects alleged to have killed the Upper East Regional Chairman of the New Patriotic Party (NPP), Adams Mahama, in 2015. Afoko was admitted to bail in the sum of ¢500,000 with two sureties, one of which must be justified. As part of the bail conditions, the court, presided over by Mr Justice George Buadi, also ordered Afoko to report himself to the Criminal Investigations Department (CID) of the Ghana Police Service every two weeks.

But the order to release the suspect on bail was disregarded by the state for four months. An attempt to have the decision reversed, at the High court, failed. The state, through the Attorney-General, later filed an appeal at the Court of Appeal.

The Court of Appeal is yet to make a pronouncement on the case.