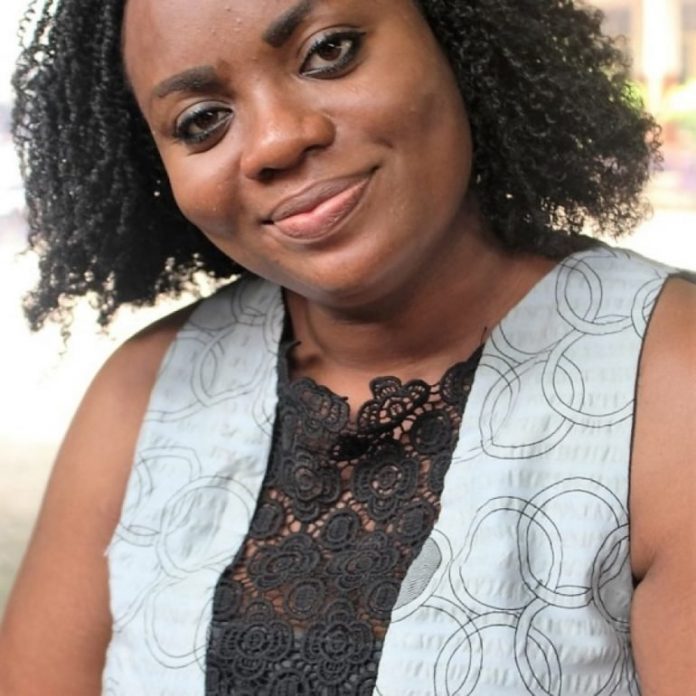 Ghanaian Actress, Khareema Aguiar has been sued by a London-based Ghanaian woman  for failing to pay a total amount of fifty thousand Ghana cedis [Ghc 50,000] she borrowed in 2016.

According to Ghanacelebrities, the actress is currently at large after borrowing the huge cash from the London-based Ghanaian woman.

The portal alleged that all efforts made to get Actress Khareema Aguiar to pay her debt have proven unsuccessful to the extent that the friend had to sue the actress in court.

It is alleged that the actress borrowed the amount to pay her child’s hospital bill. She is alleged to have flown to Canada, where she is currently hiding.

The notice of the claim was plastered on the wall of her house, and eventually, summary judgement of about 71,000 GHS (the amount borrowed plus interest) was issued against her by the Accra High Court in April 2019.

Khareema Aguiar shot into fame with a lead role in the television series ‘All That Glitters’. She has several movies to her credit.

Many have questioned the lavish lifestyles of some Ghanaian celebrities since the entertainment industry is no more lucrative as it used to be. 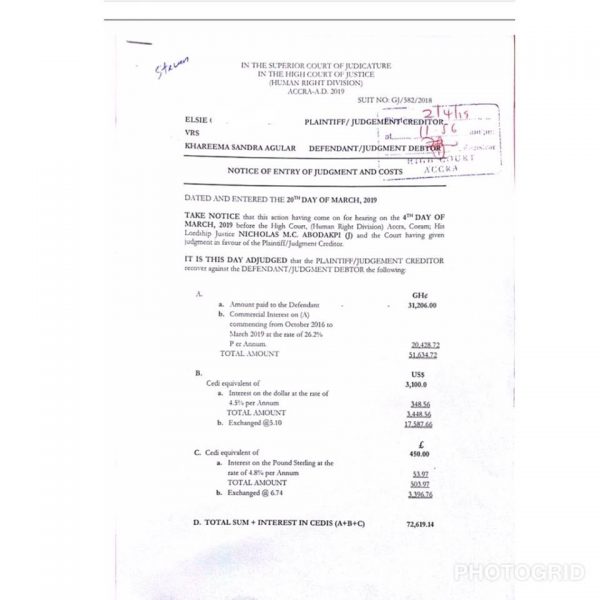 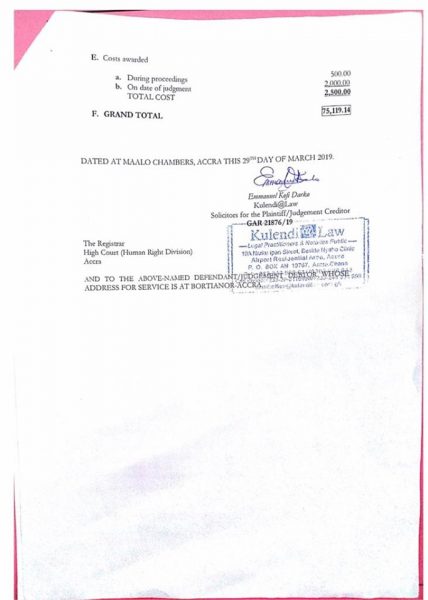 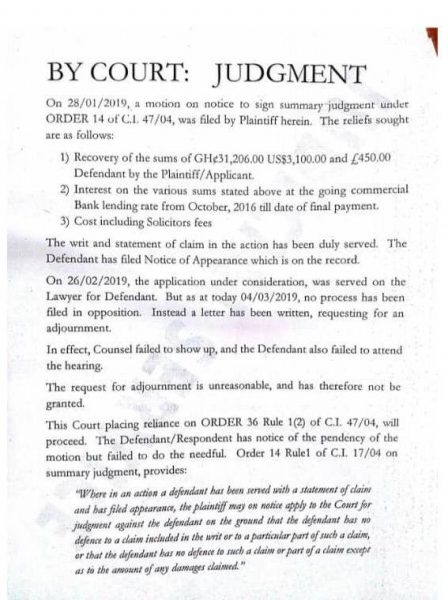 Actress Khareema Aguiar comes to the rescue of T.T of Taxi Driver Fame