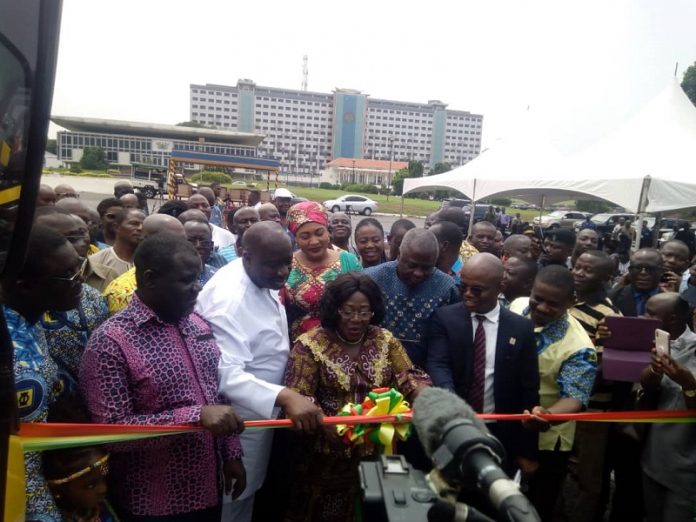 The buses are not for free. The operators would be expected to operate and payback within a stipulated time.

The handing over of the Isuzu buses which were procured in 2016 during the Mahama regime, delayed because the cost was found to be far higher at the retail market of the same supplier. An initial price renegotiation with the supplier yielded only a small price reduction, just about 1%.

This high price of the buses made it impossible for the GPRTU to acquire them for transport operations on an economically viable basis. 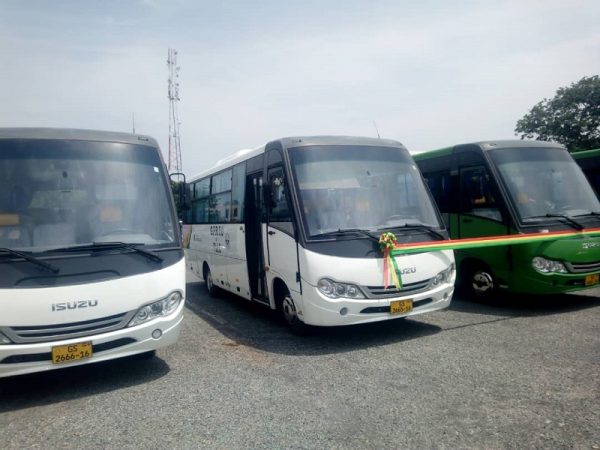 The Chief of Staff, Hon. Frema Osei Opare who made the presentation at a colourful ceremony at the forecourt of the State House disclosed that it took the intervention of the Akufo Addo administration to get the buses for the GPRTU.

“The government being a very caring one, decided to intervene in the matter and I’m pleased to say that the government with the Ministry of Finance, MASLOC Management, GPRTU has subsidized the price of each price by 53.5 %, that is for the initial intended price of GH705,550 government has reduced the price now to GHC328,000. This illustrates the government’s preparedness to assist the population by promoting the transportation business. It is also a demonstration of government’s commitment to supporting GPRTU to create more economic opportunities for their members.”

On his part, the Minister of Transport, Kwaku Ofori Asiamah said the handing over of the buses is part of government effort to improve the capacity of Transport Operators to enable them provide affordable and reliable public transport services across the length and breadth country.

He added that the intention of Government is to leverage on the success of this programme to plan future interventions.

Hon. Ofori Asiamh, therefore, urged the management of GPRTU to adhere to the maintenance schedules to ensure that the buses attain their useful economic life so as to generate enough revenue for the repayment of the facility.

The GPRTU National Chairman, Kwame Kuma expressed gratitude to the government for the immense support in ensuring the buses were handed over to them.

He assured that the buses will be put to good use and well maintained to ensure they last long.

COVID-19: We can’t reduce number of passengers in ‘trotros’ – GPRTU