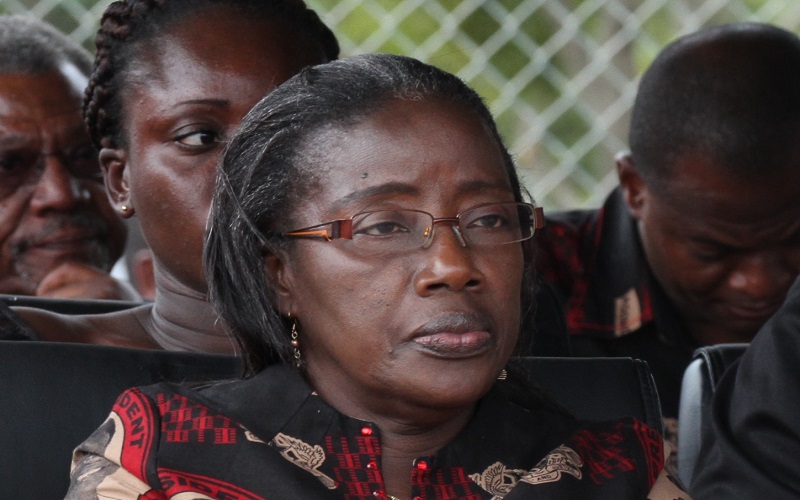 Mrs. Matilda Amissah-Arthur, wife of the former Vice President Kwesi Bekoe Amissah-Arthur has revealed that her outpouring of strong emotions during her husband’s funeral was inspired by the Holy Spirit.

The outspoken former Second Lady apparently irked by the obvious hypocrisy which was being displayed in the form of tributes during her husband’s funeral at the Accra International Conference Centre in July 2018 launched a tirade at her late husband’s detractors.

Her shocking outburst at the funeral which was telecast live on national television left many Ghanaians wondering what might have gone wrong.

Speaking about the issue for the first a year after, in an interview with Bernard Avle on Point of View show on Citi TV, Mrs. Matilda Amissah-Arthur said she just couldn’t have ignored the prompting of the Holy Spirit to do what she did.

“…If you don’t know somebody’s worth keep quiet, internationally and in Ghana people know my husband’s worth and you know in this one year has proved to everybody. Look at the number of people who have professed about the work he did and so on and so forth. So those people aren’t they hypocrites? they are hypocrites. You see me call a spade a spade, I don’t lie you see there’s no point in lying and as I say in my book, because of hypocrisy, because of our dishonesty this is where we find ourself as a nation,” Mrs. Matilda Amissah-Arthur stated.

The former Second Lady has authored a new book titled “Strength in the Storm”.

NDC must engage Amissah Arthur’s widow over her outburst – Jantuah