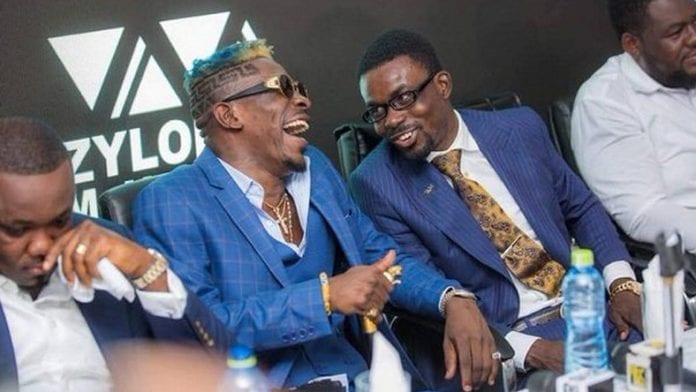 NAM 1 was remanded a week ago into police custody after he appeared before court.

The court granted the order after the police requested for two weeks to enable them complete investigations into allegations against NAM 1, as he is popularly known.

Bulldog told Kasapa 102.5 Fm Friday in an interview with Anopa Kasapa sit-in host, Akwasi Nsiah that they’ll jam to the new song following NAM 1’s release, adding “I think this is the biggest thing to happen to Zylofon Music”.

The much-awaited song – Already – by Beyonce featuring Ghana’s dancehall king Shatta Wale on the Lion King: The Gift album has been released.

Bulldog has asked Ghanaians to download the masterpiece and  make it popular in Ghana’s music industry and beyond.

“I think we should hold this and take it to the world; we should make it number 1. This is the time we should all come together and support this, the way we throw massive support behind the Black Stars. I am hoping that the Tourism Minister and the government will take it up and promote it big time; Even the government’s Year of Return Initiative,these are some of the things that will help to propel us to the next level.”