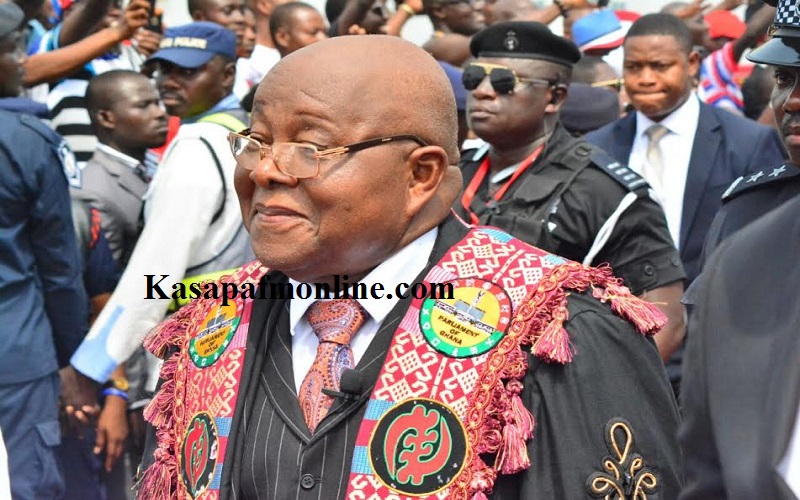 The Speaker of the Parliament of Ghana, Rt. Hon. Prof. Aaron Michael Oquaye, Parliament, will be sworn-in this evening by the Chief Justice, Sophia Akuffo, as President of the Republic.

This follows the absence of President Nana Addo Dankwa Akufo-Addo from Ghana.

President Akufo-Addo is currently on his annual vacation in the United Kingdom (UK).

The Vice-President, Dr. Mahamudu Bamumia, who has been acting as President of the land is also expected to travel outside the country Tuesday evening.

It is the third time Speaker Oquaye will be performing the duties of a President since the governing New Patriotic Party (NPP) assumed the reins of power on January 7, 2017.

On Saturday, January 27, 2018, Speaker Oquaye had to step in and perform the duties of a President following a vacuum created by the absence of President Addo Dankwa Akufo-Addo, who left the country for Ethiopia to participate in the 30th Ordinary Session of the Assembly of Heads of State and Government of the African Union (AU).

President Akufo-Addo immediately after the Ethiopia engagement, proceeded to South Africa, where he attended the legendary Hugh Masekela’s funeral.

The Vice-President, Dr. Mahamudu Bawumia, was then on medical leave in the UK.

A week earlier in the same month of January, 2018, Speaker Oquaye had to take the oath in an emergency sitting in Parliament when President Akufo-Addo travelled to Liberia to witness the inauguration ceremony of its new president, George Weah.

The Vice-President, Dr. Mahamudu Bawumia was also outside the country then.