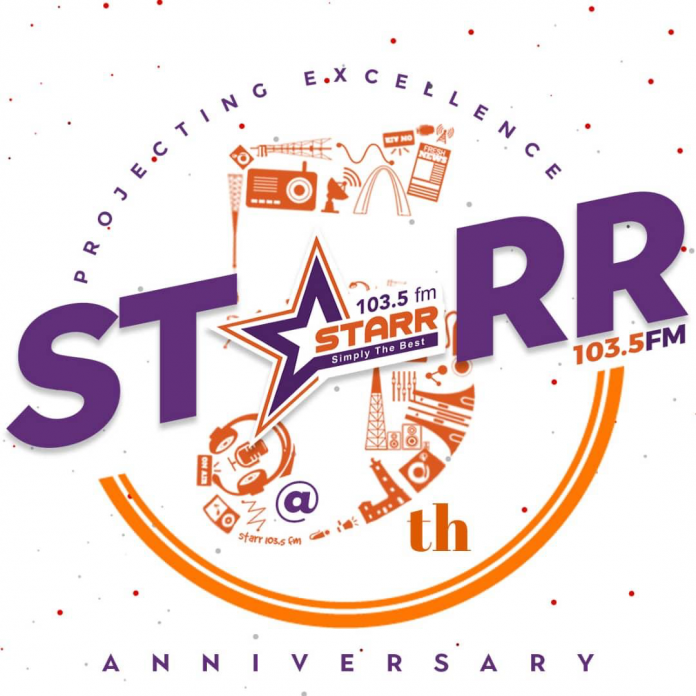 STARR FM 103.5 FM an urban, lifestyle radio station, which focuses on the delivery of compelling programmes through News, good music, entertainment/lifestyle- led talk programmes and sports for its target audience, will on Friday, July 26, 2019, launch its 5th anniversary.

According to organisers, as part of this year’s anniversary celebrations, there will be lots of engaging activities for all stakeholders, especially ardent listeners.

The station which is part of the Excellence In Broadcasting (EIB) was birthed in 2014 and has its Chief Executive Officer to be Nathan Kwabena Adisi also known as Bola Ray.

STARRFM  has intriguing programmes like ‘Morning Starr’  hosted by Francis Abban, ‘Starr Drive’ hosted by KOD and Cookie Tee, ‘ The Zone’ by Jon Germain, ‘ Starr Chat’ by Bola Ray, ‘Drop off’ by K Bonnah, ‘ Morning Zoo’ by Kojo Preko  and a host of other captivating shows.