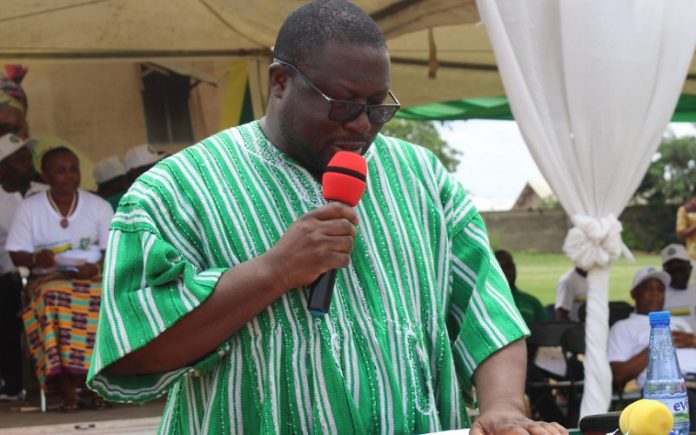 The Managing Director of Kuapa Kokoo Limited, Mr. Samuel Adimado, has thrown a big challenge to Ghanaian Agricultural Scientists, to surface and provide solutions to the myriads of ecological challenges confronting farmers in their quest to ensuring food security instead of advocating for Genetically Modified Organisms (GMOs).

He contends that caution must be exercised in importing GMOs or Genetically Intensified Organisms (GIOs) into the country as the best option to addressing threats imposed on food security by population growth in the developing world, climate change and environmental degradation, coupled with low crop yields of locally produced varieties.

Mr. Adimado made these observations when contributing to a panel discussion on the topic “Sustainable Agriculture: Relevance and Perspective for Socioeconomic Development in Ghana” at the 3rd Annual Conference of Ghana Association of Agricultural Economists held in Accra on Wednesday, July 24, 2019. He spoke against the need for GIOs or GMOs when he discussed the subtopic ”
topic: Ecological versus Genetic Intensification”.

Advancing his argument for locally made solutions to food security, the MD for Kuapa Kokoo noted that Agriculture as the name denotes, should involve an interplay between Agric and Culture and that whatever crop or livestock derivative should be culturally acceptable to Ghanaians.

He further stated that agricultural development in the country should be culturally sensitive and should involve local agribusinesses, scientists and must also be seen from the perspective of local farmers who are looking up to the country’s scientists who have the cutting edge to think outside the box and provide solutions taking into consideration, climate change, soil fertility among others to aid socioeconomic growth and development as a country.

“Unfortunately we are being forced to accept just any foreign thing, especially, GMOs/GIOs without considering their implications for our health and local ecosystems. With the advent of so called designer seeds with their patents by multinational companies, care should be taken so as not to usher in an era of modern slavery as plants grown from such deeds cannot reproduce plantable seeds naturally and thus farmers would be left deeper impoverished as they would have to find money to buy seeds every planting season. Our scientists need to sit up and offer solutions to this and other issues confronting our poor farmers”, he noted.

Prof. Donkoh, who also spoke against the introduction of GMOs/GIOs in his submission noted that though the merits of imported GMOs/GIOs may be overhyped by proponents, its merits may not be the best for local farmers as they may not have undergone extensive testing to determine their suitability for the local ecosystem though there may be some ecological merits which may be good such as resistance to pests and harsh weather conditions.

Proponents for GMOs/GIOs, Prof. John Ofosu-Anim and Dr. Beatrice Ifie, on their part argued that such varieties were useful considering the number of factors affecting food security.