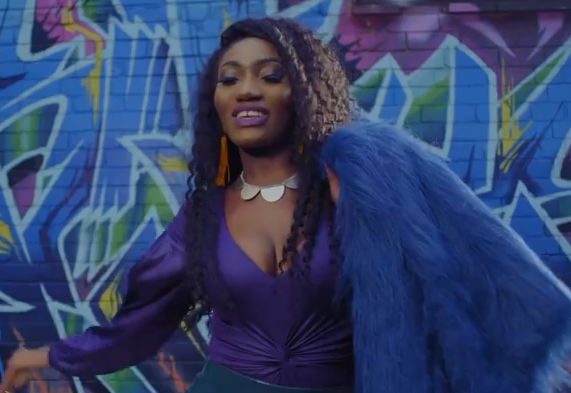 Management of the Youth Employment Agency(YEA), says award-winning musician Wendy Shay remains an Ambassador of the Agency, despite the negative publicity she generated last week during a visit by management and ambassadors to ex-President Kufuor.

Social media was inundated with images of Wendy Shay and ex-President Kufuor in which she wore a dress that exposes the midsection of her body which saw the former President looking at the exposed part of her body.

Critics descended heavily on her slamming her sitting posture.

Board Chairman of the YEA, Mr. Sammi Awuku had reason to express his utter disappointment over the viral pictures and said the kind of feedback that has flooded social media was “definitely not the kind of publicity and feedback the Board of YEA expected after the visit of the YEA Ambassadors and Management to Former Prez. Kufuor.”

He urged Management of the agency to ensure that Ambassadors stick to the Highest Level of Professionalism when paying such courtesy calls, adding that those willing to cooperate should be supported and welcomed and those unwilling to go by these standards MUST be shown the exit.

Wendy Shay in the wake of the backlash rendered an unqualified apology over her inappropriate dressing and promised to do better next time.

There have been rumours that the YEA has relieved the ‘Uber Driver’ hitmaker of her ambassadorial role after the incident.

But the YEA in a post on its official Facebook page said: “Wendy Shay has not been sacked as an Ambassador of YEA.” 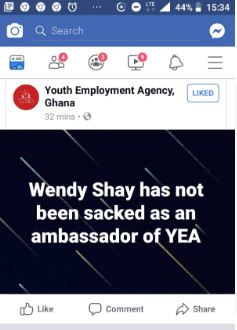