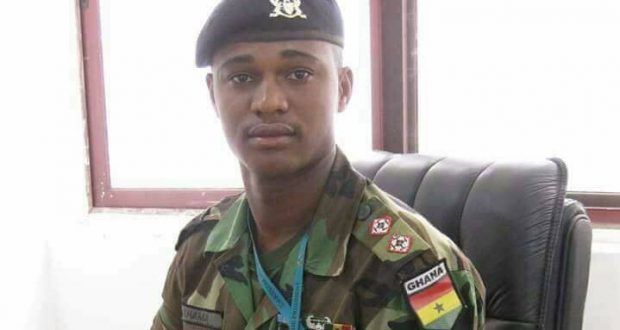 It has emerged at the Criminal Division of the Accra High Court that, the 12th Prosecution Witness (PW12), Baffour Apenteng Nyamekye, Assistant Commissioner of Police (ACP) who is under cross-examination in the case in which some 14 persons are standing trial for the murder of late military officer Maxwell Adams Mahama, has been involved in an accident.

In court today, when the ACP was expected to be further scrutinized by lawyers of the accused persons, the court was informed of the development.

Mrs Evelyn Keelson, Chief State Attorney said the witness was involved in an accident over the weekend, hospitalized but has only been discharged yesterday.

She said upon a brief interaction with him, (witness), they will require a short adjournment to be able get the witness back.

The state is expected to call two more witnesses in the form of the medical officer and the investigator after the ACP to make a total of 14 witnesses.

Fourteen persons are standing trial at an Accra High Court over the killing of Major Mahama, who was an officer of the 5th Infantry Battalion, at Burma Camp.

The late Major was on duty at Denkyira-Oboasi in the Central Region when on May 29, 2017 some residents allegedly mistook him for an armed robber and lynched him.

The mob had ignored his persistent plea that he was an officer of the Ghana Armed Forces.

The court presided over by Justice Mariama Owusu, a Court of Appeal judge sitting with additional responsibility as a High Court adjourned the trial to July 23 and 24, 2019.

One dead, others critically injured in fatal Anyinam accident