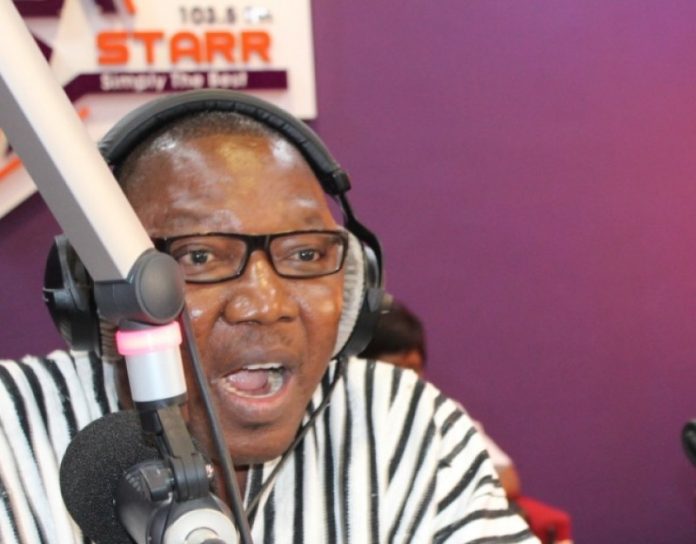 Deputy Ranking Member on the Education Committee in Parliament, Dr. Clement Apaak has berated President Akufo-Addo for saying Ghanaians will not vote the main opposition NDC into power because of their determination to cancel the NPP government’s Free SHS policy.

“I know that there are people in this country who don’t want this policy, who have been campaigning against this policy. They are dreaming that they are going to come back to power to cancel the policy.”

The President made this known on Tuesday, 13th August, 2019, when he addressed staff and students of the Bolgatanga Senior High School, Bolgatanga, in the Upper East Region, as part of his 2-day working visit to that region.

But Builsa South lawmaker reacting to the President’s comment on Anopa Kasapa on Kasapa 102.5 Fm said the President is being exposed by the comments he makes on Free SHS saying his continuous remark on the policy shows he introduced the policy just for votes.

He thus denied the claim that NDC does not favour the Free SHS policy.

“I feel that the President needs to be sensitive on some of the comments he makes; he’s making it sound as if this policy is in place just to shore up votes for him on the basis of the comments that he just made in Bolga.

“But that’s not the issue; we are looking at the future of this country. The students in the Senior High Schools are Ghanaians first; Not NPP or NDC Children. So we must make sure that we improve the facilities on the campuses; train and deploy teachers in their numbers, and all other ancillaries that will make teaching and learning  effective. As we are speaking now that is not the case.

“What is happening is that as a result of intimidation, and intolerance by this government, players in the educational sector and Heads of institutions have been muzzled to speak their mind on the challenges frustrating quality education in the system.”