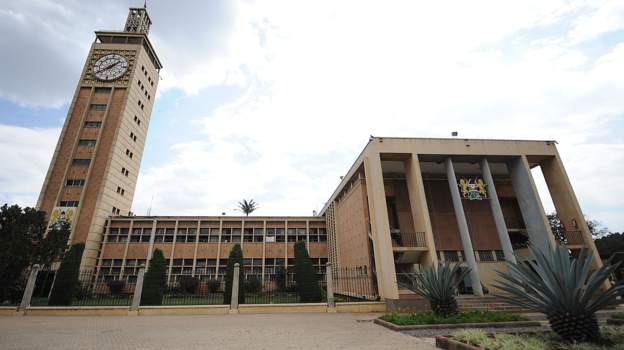 A container that should have been full of computers donated by China to Kenya’s parliament has arrived empty.

Officials are mystified by the disappearance as the seals on the container had not been broken.

“I can’t understand how an empty container was loaded from China and shipped to Kenya,” the East African nation’s chief police investigator George Kinoti told the BBC.

The Chinese embassy in Kenya is equally puzzled, saying it was told the equipment was loaded and been shipped for delivery in July following a high-level parliamentary exchange earlier in the year.

“We were shocked to be notified by the National Assembly that when the container arrived… it was empty inside,” the embassy statement said.

This was the first time any donations made to Kenya over the years had not arrived “safe and sound”, it added.

Mr Kinoti, the police’s Director of Criminal Investigations (DCI), said an investigation had been launched.

According to Kenya’s Citizen news site, laptops and computer projectors were listed as the equipment donated by China’s parliament that should have been inside the container.