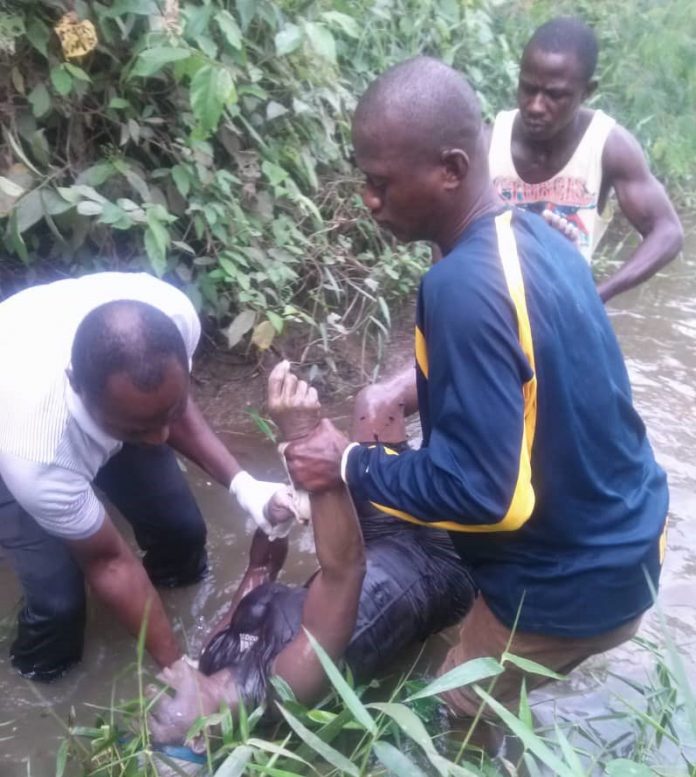 A middle-aged woman reported to be epileptic patient has drowned in Asuboi community stretch of river Kua in the Ayensuano District of the Eastern Region.

The body of the deceased identified as Yaa Denyo was discovered about 3:00 pm floating on the river.

A joint team of personnel from the National Disaster Management Organization (NADMO), Police and local divers quickly went to the scene, searched and retrieved the body at about 5:30 pm same day.

The body has since been deposited at the Suhum Government Hospital morgue for autopsy.

It has not been officially established how and when the deceased got drowned but a source in the community says she went to the riverside to fetch water in the morning.

Meanwhile, a sensitization program is scheduled in the community to ensure that persons with such conditions are not allowed alone to fetch water either from a well or surface water.