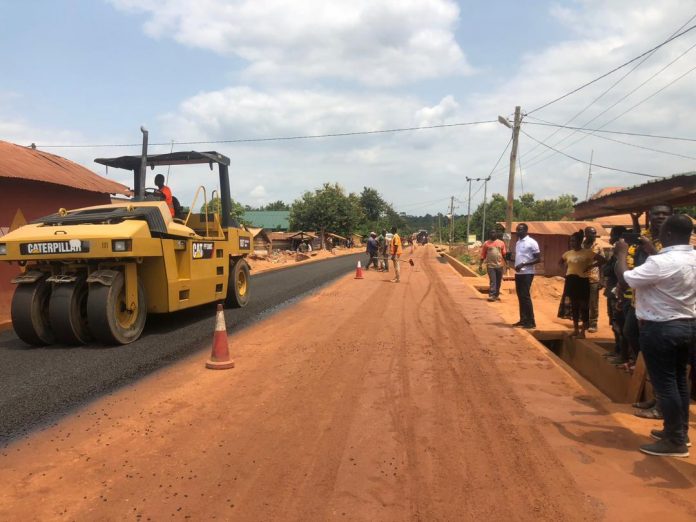 The Okere district in the Eastern region of Ghana on July 24, 2019 for the first time had its road experience Bitumen surfacing.

According to the natives of the district, one of the major feeder roads linking to over 20 villages in Okere which was causing a lot of malice in the district has been constructed and surfaced with Bitumen. 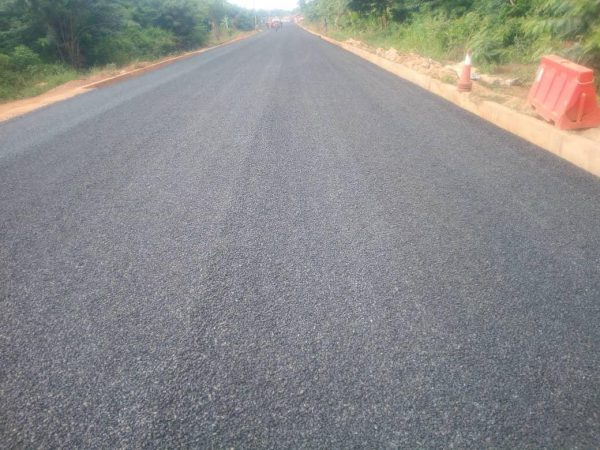 The road from Amanfro to Tinkong which was first awarded on contract in 2008 under Ex President Kuffuor ‘s government, saw development under the government of H.E Addo Dankwa Akuffo-Addo, through the instrumentality of Hon Daniel Botwe

Speaking to some natives of the districts , they said “The President in November 2018 paid a working visit to inspect the road and made a pledge that the road will be completed in record time.”

They added, “Thanks be to God, we made History. Our roads have witnessed the beginning of ‘Coaltar’ We are grateful to the President and the DCE for this. #Okyeremovingforward , #Thechangewevoted4”