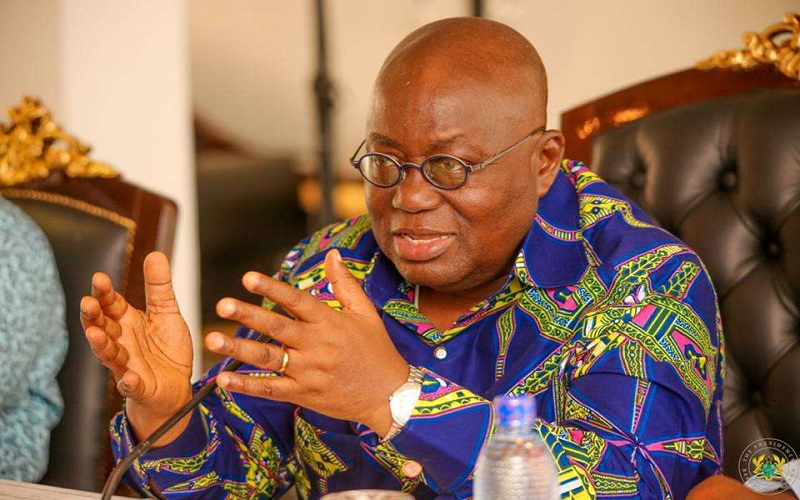 President Akufo Addo has stated that the conviction of his administration in instituting the 4th of August as a public holiday (Founders Day) is premised on the quest of his leadership to celebrate the collective efforts of the country’s forebears who led the fight for the attainment of independence from colonial rule.

Speaking at the 4th of August Founders’ Day Celebration Luncheon in honor of Senior citizens at the forecourt of the Accra International Conference Centre, (AICC), President Akufo-Addo, said “undoubtedly the 4th of August is the most appropriate day to signify our recognition and appreciation of the collective efforts of our forebears towards the founding of a free independent Ghana”.

President Akufo Addo added, “It is this same respect for the collective work of our forebears in 1897 and 1947 that compels us to define August 4th as Founders day as the most sacred day in our Nation’s history”.

August 4 was chosen as the date for Founders’ Day by the Akufo-Addo-led administration as it marks two important events in Ghana’s history. It is the date for the formation of the Aborigines’ Rights Protection Society by John Mensah Sarbah in 1897, and the formation of the United Gold Coast Convention (UGCC) in 1947 by J.B. Danquah and George Alfred “Paa” Grant, Ghana’s first mass political party formed in the Gold Coast to spearhead social agitations for independence.

As part of the ceremony to observe the first celebration of the Founders Day holiday, Ghana’s Actors Guild enacted the formation of the United Gold Coast Convention (UGCC), with an amazing outdoor rendition of the events of 1947 in Saltpond in the Central Region.

Dreams of our Forebears

According to President Akufo Addo, the “Founding Fathers” of Ghana in 1947 encased a free, independent and prosperous Ghana and as a mark of reverence for them, the current generation must work “to free ourselves from the economic arrangement designed by the former colonial power to serve its particular purpose at the time which continues to bind us”.

“As President of the Republic, I am determined to make my leadership of Ghana the period that would witness the laying of the foundation for the transformation of the economy from the exporter of raw materials and retailer of cheap imported goods to a modern, value-adding industrialized one,” President Akufo Addo said.