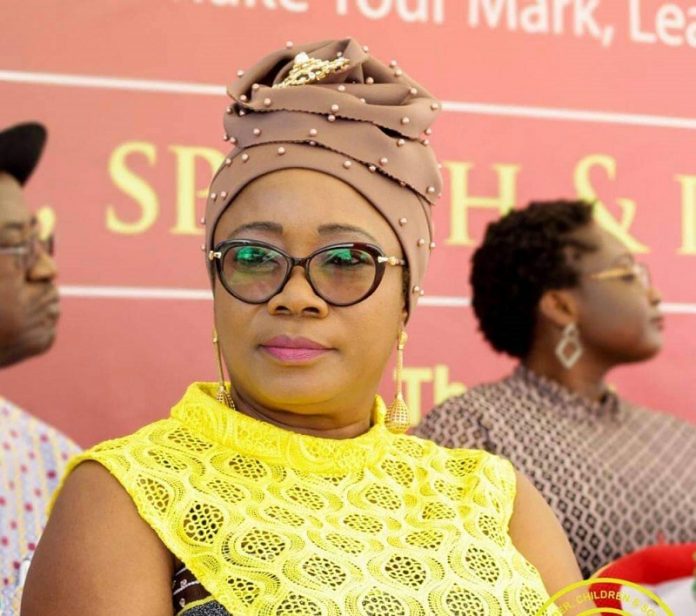 The Minister for Gender, Children and Social Protection, Hon. Cynthia Mamle Morrison has swiftly moved into action by taking some drastic measures that are aimed at sanitizing the Ghana School Feeding Program (GSFP) system.

One of such measures is a directive to the Chief Executive Officer of the Youth Employment Agency (YEA) to carry out nationwide comprehensive verification and validation exercise of all service providers in the GSFP system.

“I will be most grateful if you could kindly use your good office to carry out a nationwide comprehensive assessment (verification, validation, etc.) of the Ghana School Feeding Program”, a letter signed by Hon. Morrison and addressed to the CEO of the Youth Employment Agency in part read.

The data to be produced out of this exercise, the Gender Minister believes, will play a major role in cleaning the system and also updating the Ministry’s records for credible payments.

The Gender Minister mentioned the numerous challenges facing the school feeding program and cost effective as the main reasons for the validation exercise.

Her action follows the 2018 Auditor General’s Report which has revealed financial irregularities in the GSFP leading to huge financial losses to the state in the running of the Ghana School Feeding Program.

81 Metropolitan, Municipal and District Assemblies (MMDAs) and the management of the program have been blamed for the mismanagement.

Bloated enrolment figures, duplication of schools and payments of grants to non-existent caterers in the 2017-2018 academic year, as well as under-declaration of revenue from sale of application forms, according to the report, account for the huge losses running into millions of cedis.

The report accuses the 81 MMDAs of declaring only GH¢194,383.00 from an amount of GH¢1.09 million purportedly realized from the sale of 21,880 application forms sold to caterers who applied for contracts.

That means an amount of GH¢899,617 from the sale of application forms was unaccounted for and has been outstanding since 2017.

These revelations are contained in the report already forwarded to Parliament. The report also singles out the Sekyere East District for particularly padding the enrolment of the figures and manipulation of data.

In responding to the request, the CEO of Youth Employment Agency, Mr. Justin Kodua, has deployed about 700 Monitoring and Evaluation (M&E) officers across the country for the exercise which commences on August 26, 2019.

The exercise which seeks to clean the GSFP irregularities as reported by Auditor General, would be done through the use of a very credible computer software application powered by Millennium Promise Alliance, an international NGO working with the Ministry of Gender and YEA.

The software provided by Millennium Promise Alliance, according to experts in the field, has proven to clean up such corrupt systems in some other jurisdictions in the continent.