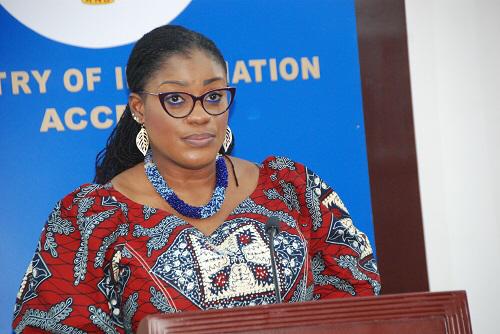 Government has refuted claims that its indebtedness to GN Savings and Loans caused the insolvency of the financial institution hence their closure.

The response comes after some residents of Elmina, at a press conference blamed the Akufo-Addo-led government for the shutdown of the Groupe Nduom company.

But government in a statement signed by Deputy Information Minister Nana Ama Dokua Asiamah Adjei said such claims, as perpetrated by the Elmina residents, remain unfortunate, unwarranted and without basis.

“The deliberate attempt to draw in government and President Akufo-Addo into the insolvency problems of GN Savings and Loans is totally unwarranted, unfortunate and without any substance,” the statement reads in part.

According to the statement the government’s total debt obligation to the company stands at GHS 30.33million of which an agreement has been reached with Groupe Nduom for payment to commence.

The statement adds that the sum, even if paid in full, would not solve the liquidity challenges GN Savings is grappled with.

“GN’s insolvency problems are largely attributable to overdraft and other facilities it extended to its related parties who are other companies in the Groupe Nduom network of businesses, under circumstances that violated relevant prudential norms”, including transfers of large sums of money (US$62,255,516.93, GBP718,528.59 and EUR 4,200) from depositors’ fund to foreign accounts of companies of Groupe Nduom, in breach of section 10 of the Foreign Exchange Act 2006, Act 723, Section IV of the Bank of Ghana Notice No. BG/GOV/SEC/2007/4.”