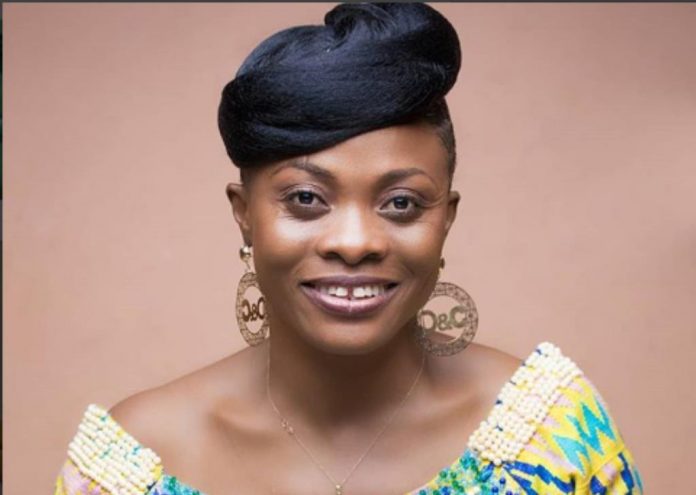 Ghanaian gospel sensation, Evangelist Diana Asamoah has stated that although she is not interested in getting married, she would gladly oblige if God asks her to marry a twelve-year-old boy.

The singer in an interview with Delay declared that age is not a factor for marriage despite the fact that she in her late 40s.

She added however that the most important thing is to truly worship and get closer to God especially because no matter her age, God can provide her with a twelve-year-old boy to wed.

“A person is not too old even if she attains the age of 60. That’s why I’m saying that all that matters is that you walk properly with God.

If you stay faithful to Him, even if you are a hundred years God can allow you to marry a twelve-year-old boy. Whatever you want all you need to do is ask and He can provide it for you.” She submitted.

Answering the question as to the reason why she never married till date, the evangelist explained that she has never been interested in becoming one with any man in the first place and that her only interest is to serve and worship God.

“I have never felt for marriage. The most important thing for me is that I concentrate on serving the Lord, so that I may be able to spread his word across the world.

“If I were interested in getting married I would have gone after it. I have never been married and I have never given birth.” She yielded.

She further explained that she has been and is still being approached by men with the prospect of marriage but she is unwilling to change her decision because marriage will only bring a hindrance between herself and God.

“If I had gone after marriage I would have been wedded by now. Being single is not as a result of lack of potential prospects. There are a lot of men in line.

“Whatever you do in this life so long as you go after it, it could be yours. However, it is my unconditional love for God that has made me not go in that direction and also because I do not want anyone to come between my God and I.” Diana Asamoah stated.

Evangelist Diana Asamoah continued; “There are a lot of gospel ministers who will not steal nor commit adultery yet will end up not going to heaven because of their marriages. Marriage is a real temptation.”

Rejoinder: Underage girls must be allowed to marry – Islamic Scholar