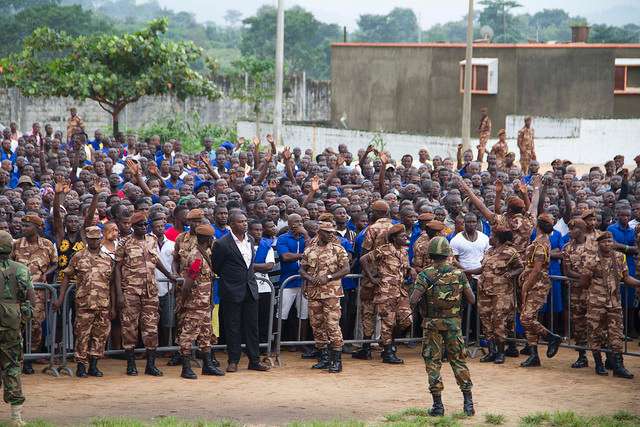 At least 17 remand Prisoners at the Koforidua Prisons have been freed under the Justice for all Program out of 55 supplications heard.

The number is the highest so far.

The Justice For All Pragramme is an initiative aimed at alleviating overcrowding in the country’s prison facilities. This is done through special courts sittings to adjudicate 6 months and above remand prisoner cases in prisons throughout the country.

Justice Honyenugah announced that beginning October this year the Program will be decentralized to enhance the efficiency of the exercise.

Many of the beneficiaries had been on remand between one to 9 years without trial.

Some of the discharged remand prisoners lauded the program amidst concerns of infringement of their human right for long detention without trial urging government to sustain the Justice for All program.

The Officer in Charge of Koforidua Prison,Bob Dery said the Prison is overcrowded by almost double its holding capacity of 400 inmates leading to several health challenges. – Kojo Ansah

We’re determined to promote the rights of Ghanaians – Akufo-Addo