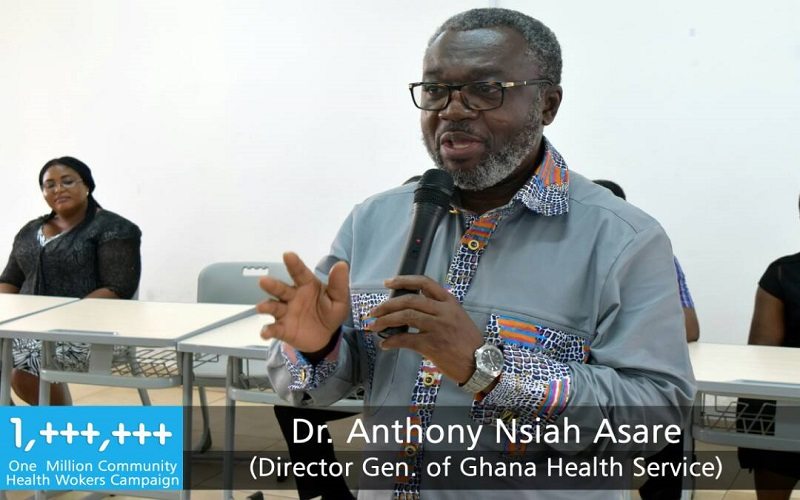 The Director General of the Ghana Health Service, Dr. Nsiah Asare has said there is no obstetrician gynaecologist among the batch sent to Cuba for training as Doctors by the previous administration.

“No student was trained in gynaecology from the batch sent to Cuba then as claimed by former President John Mahama. In all, there were 217 General Practitioners and two Physiotherapists in that batch”.

Dr Nsiah Asare added: “One needs to graduate as a General Practitioner before he or she can even specialise.

At the Al Sunna Eid prayers at the Efua Sutherland Park in Accra on Sunday, 11 August 2019, Mr Mahama said: “About six years ago, when we got scholarships to send some of our children to Cuba to train as doctors, there was something significant we did. We deliberately decided to source girls from the Muslim communities to be part of the training, especially in the area of gynaecology.

“Our Muslim women who have difficulty when they have to go and consult medically for their reproductive health, prefer that a female doctor looks after them.

“Our plan was to train female doctors from our Muslim community, so that when they come back, we can strategically place them. That will make it possible for our mothers and others who want to consult for their reproductive health to have our sisters who have qualified as doctors to be able to look after them”, Mr Mahama explained.

But Dr. Nsiah in an interview with Kasapa 102.5 Fm said that the former President’s claim was false, adding “it is wrong for the former President to allude that they deliberately sent female students to Cuba to be trained in gynaecology when they had not even been trained as general practitioners”.

He continued: “If someone is making a claim just watch for the motive behind what he/she is saying. what I want to say is that as the Director-General of the GHS, I’ve worked in so many areas including Tamale and other areas in the North, but in my years of practice I have not heard anywhere that Muslim men do not allow their wives to consult medically for their reproductive health because they don’t want men to attend to them.”

He argued, the former President was most likely playing politics with the training of health personnel in Cuba.

“I beg politicians don’t let us bring religious twist in health matters; health is irrespective of whatever race or religion. I’m sure his main motive was to propagate the fact they were the trailblazers for that idea following the announcement that some 40 brilliant but needy medical students, from Zongo, inner-city and other deprived communities in Ghana will have the opportunity to be trained in Cuba every year.”