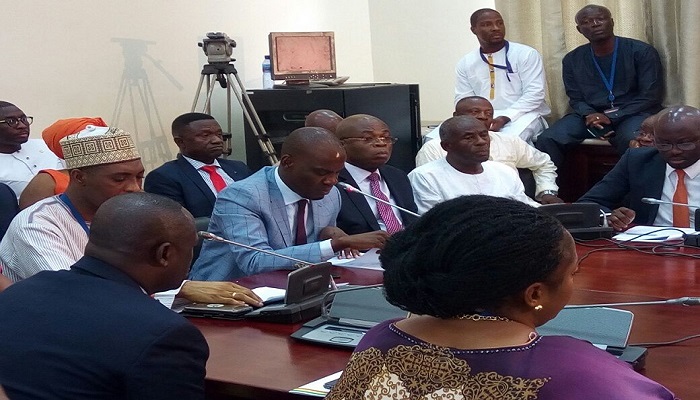 The Minority in Parliament has petitioned the United States Ambassador to Ghana, Her Excellency Stephanie S. Sullivan demanding formal investigations by the United States government into the PDS scandal which has rocked the nation.

The petition signed by the Minority Leader, Haruna Iddrisu was delivered at the US Embassy in Accra by the Ranking Member on Parliament’s Committee on Foreign Affairs, Samuel Okudzeto Ablakwa.

President Nana Addo Dankwa Akufo-Addo has said the government suspended the PDS agreement in the interest of the public, and to protect the assets of the Electricity Company of Ghana worth over $3 billion.

According to President Akufo-Addo, the decision to make the suspension of the PDS agreement public was “for the country to know exactly what is going on, and, therefore, hold the government to account for its stewardship.”

The Minority, therefore wants to trigger investigations under the Foreign Corrupt Practices Act of the United States of America especially after “a clearer picture is now emerging that the Akufo-Addo Government stands complicit with top functionaries and cronies neck deep in the putrescent sleaze.”

A Press Statement issued by the Ranking Member, Parliament’s Committee on Foreign Affairs on the said petition contended that the Akufo-Addo government cannot be trusted to conduct thorough and independent investigations into this scandal of monumental proportions.

“Besides, the Minority like most Ghanaians have grown skeptical about so-called investigations by the Akufo-Addo Administration since a countless number of these investigations only end up clearing appointees. The reports are never published and the real culprits are never identified and punished.

“Furthermore, the Minority is of the firm conviction that every possible option must remain on the table in our collective sacred duty to protect a strategic national interest, the Electricity Company of Ghana, from being balkanized by a marauding greedy cabal in questionable arrangements.

“We are additionally fortified by the knowledge that United States Authorities would not adopt a nonchalant attitude and allow millions of US taxpayer Dollars under the signed Compact II of the Millennium Challenge Account to be recklessly misapplied and squandered.” 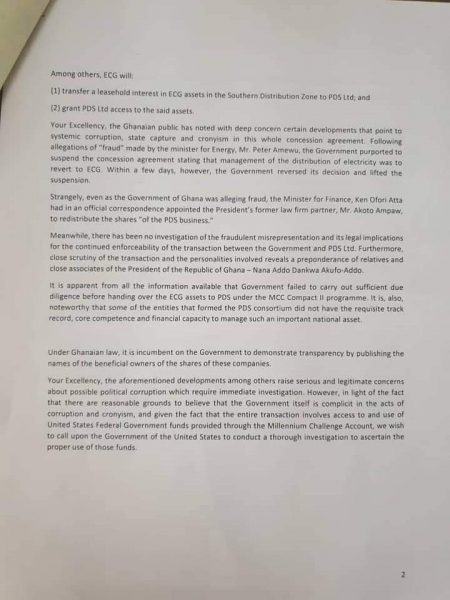 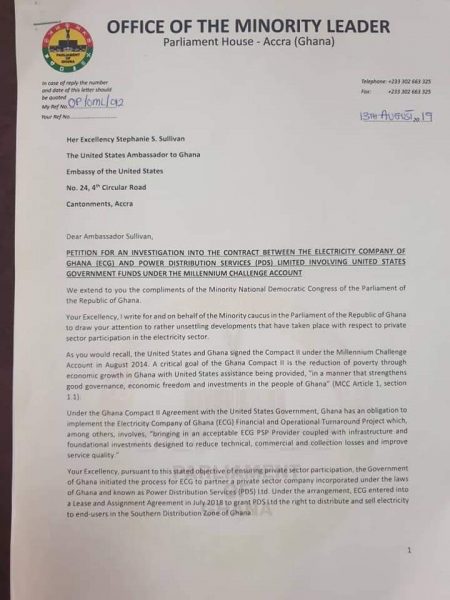 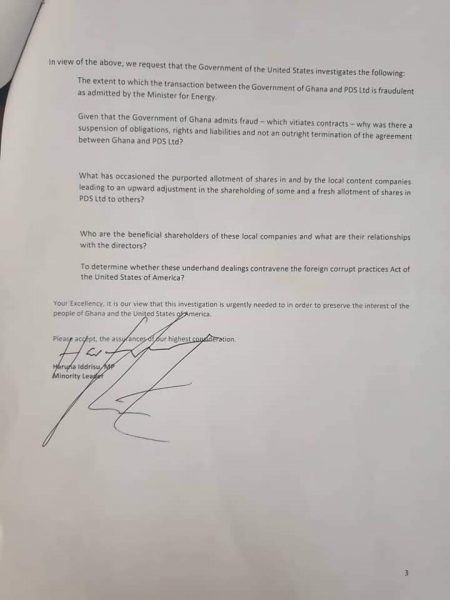 Power Distribution Services(PDS) has taken over operations again in the Power distribution sector.

Barely a week ago, Board of the Energy Commission on the back of the suspension of the concession agreement appointed the Electricity Company of Ghana (ECG) as interim operators to take charge of the management and operations of electricity sales in the country.

The decision to reappoint ECG was  based on the validity of the PDS licence becoming impaired due to certain events.

But a fresh joint Press Statement issued by the two entities on Thursday, August 08, 2019 said after ECG and PDS agreement on interim operational modalities, PDS will now act as the interim operator of the electricity retail sale functions on behalf of ECG in the Southern distribution zone.

“This is to ensure that there is no disruption of power supply and service delivery to our cherished customers,” a statement signed by Samuel Boakye-Applah Managing Director, ECG , and Rev. Ing. William Hutton-Mensah Chief Executive Officer, PDS said.

This interim arrangement,according to the Statement is effective August, 08, 2019 until the reversal or otherwise by the Energy Commission.