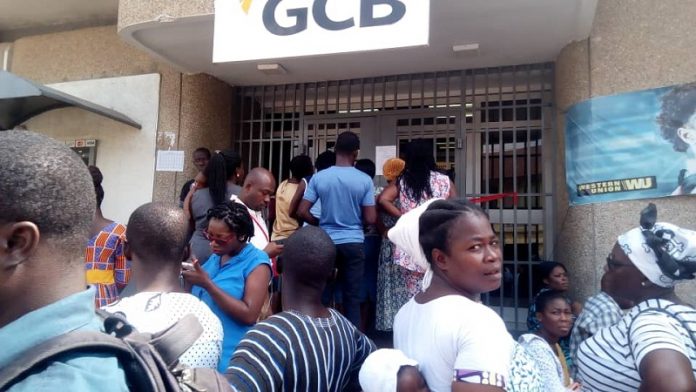 Scores of customers at the Nsawam branch of GCB are stranded after the banking hall was locked up on the orders of a Koforidua High Court.

The action is in relation to a judgment secured against defunct Ponzi company, Global Coin Community Help (GCCH) which GCB has defied court order to release an amount of Gh3.7 million in the garnisheed account of the company at the bank. The customers mostly businesswoman and government workers who are in the forecourt of the bank are unable to withdraw monies and do other transactions.

A hand full of them with ATM have been compelled to use it in withdrawing their monies.

Auctioneers have arrived to auction other movable properties of the bank but the bank has initiated processes to release the amount per the court order having defied for several months.

Kasoa Swoop: Over 70 suspected criminals to be arraigned today